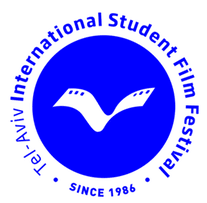 The Tel Aviv International Student Film Festival (TISFF) was established in 1986 as an initiative of students from the Film & Television Department of Tel Aviv University and grew to be the largest film festival of its kind and one of the most important student film festivals in the world.

The festival constitutes a profound and wide-ranging meeting place for more than 500 international young filmmakers, 250 participating films from over 50 countries and notable leading filmmakers from both local and international film industries. Since its establishment, the festival has been concerned with promoting young artistry and granting as many opportunities as possible for young filmmakers around the world.
This page presents TISFF winners and films that recently participated in the festival.

We, People of Siemensstadt

Apple of my eyes

As I Watch You From Afar

The Farthest I Could Find

No Child Left Behind

A Night With No Dawn

Two of Every Kind

No Child Left Behind

I think this is the closest to how the footage looked