June was a busy month for us at T-Port – preparing for Tel-Aviv International Student Festival.

The week included over 30  screenings of T-Port films in the three main competitions – International, Israeli and Independent. The successful screenings concluded with a total of 11 awards and special mentions (see below for the full list of winners).

In addition to that, we had a great time organising and hosting a day of talks and lectures, along with TISFF and Gesher Multicultural Film Fund. The day was dedicated to the distribution of short films and specifically addressed the traditional methods of distribution as well as online.

We were honoured to host leading and experienced speakers who presented different elements of the distribution process and the festival circuit.

Sydney Neter – Sales agent and head of SND Films, was first to speak and told us all about the work of a sales agent, the way he chooses his films’ selection and his work along with festivals and distributors.

Then, Jacopo Chessa – Director of Torino Short Film Market who enlightened us all on the work at a film market and the function of it for young filmmakers.

T-Port’s Atara Frish concluded the first session with the work that we do at T-Port to promote emerging filmmakers.

The second session included Jason Anderson – Short Cuts Lead Programmer at Toronto International Film Festival. It was fascinating to hear about the work process at an A festival.

Last, but not least, was Noa Gusakov (director of How to Swim) – a talented young, but already experienced filmmaker, who was able to shed some light on her process of distributing her films and the festival circuit.

We Concluded the day with a drink, which gave the filmmakers a chance to talk to our speakers and ask all the questions that weren’t asked (we were running out of time in all the sessions for all the questions!). It was great to receive all the positive responses from the filmmakers that attended, we will soon update our next events in line!

Ayelet Michaeli Walk, our managing director attended the festival throughout the week and had a chance to talk to the filmmakers regarding our upcoming open call for T-Port Selection (scheduled for September) – a curated selection of the best and most recent films. Click here to see our current selection including the best Israeli independent shorts from the past year. If you’re a filmmaker, be sure to submit your film to T-Port! 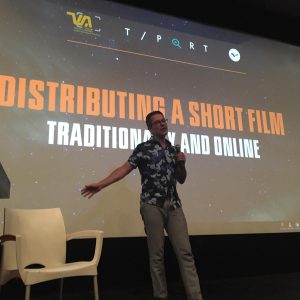 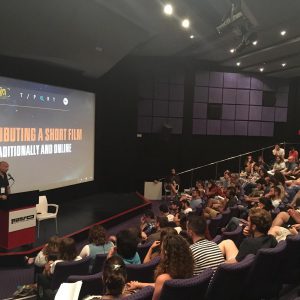 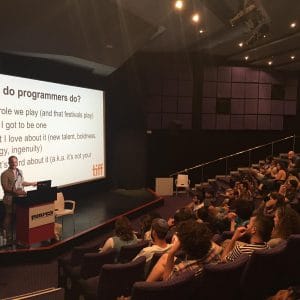 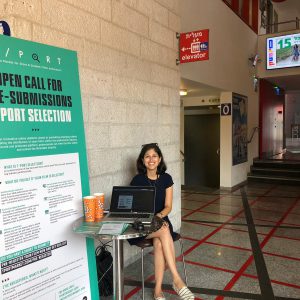