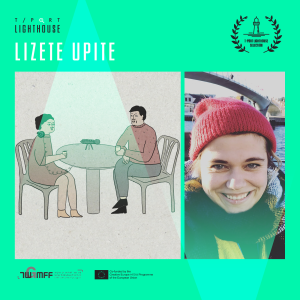 Lizete Upite’s animated short film, “Riga’s Lilac”, is one of the most intriguing shorts selected to the 2020 T-Port Lighthouse Selection by curator Wim Vanacker. The film has been selected to many film festivals, including the Palm Springs Shortfest.

We got a chance to talk to the promising animation filmmaker Lizete, to get a glimpse into her work process on the film.

I am an animation film director from Latvia, Born in 1987. I started my studies in audiovisual media in Baltic Film and Media school, Estonia, but after Erasmus exchange studies in Portugal, changed the major to animation.

“Riga’s Lilac” deals with a simple question – do we have the right to be smelly?

The film deals with the theme of smell, and the ways smell can trigger emotions. I love emotions! I love the clumsiness and awkwardness! So there is no better theme than smell, because it evokes so many emotions! It is such a subjective matter that there are no guidelines, how to act when you encounter a smelly person. Should you let him know? Should you pretend that all is fine? And how can you really tell that he smells? And maybe you smell!

Even asking these questions triggers emotions. So one day after reading a small article about a hospital that was being “terrorized” by a smelly person, I took my recorder and went to this hospital to talk with the nurses. And it was brilliant! And after finding out that in Riga you can actually call the police if there is a smelly person in public transport – I couldn’t wait to make the film. I wanted to know, do people really call the cops, and what happens when they do. And then I met a scientist with his smell measuring machines…

So the film is built up from real interviews I took in Riga in which I am trying to catch all those different emotions caused by smelly people. Making this film was a fantastic journey, meeting interesting people and emotions! 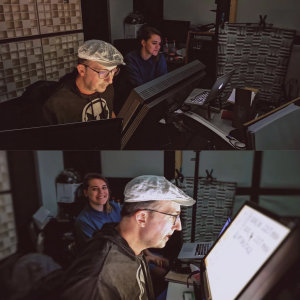