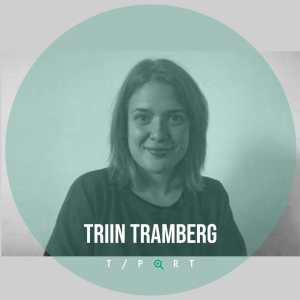 We caught up with the event organiser, Triin Tramberg to find out what the competition means and why it’s important for young filmmakers to learn about the business side of the industry. T-Port is delighted to partner with Script Pool this year by supporting the selection process – check out the Script Pool catalogue here.

Why are short films important to our culture?

Years ago directors got to experiment with their first and second features, now competition is beyond tight. Your first feature and where it premieres can determine your career as a filmmaker, that is why it is so important to do shorts. You can experiment, test your ideas and the good thing is that a short film can be up to 40 minutes, which is a long time frame to learn how to tell a story.

A good shorts director will get noticed by festival programmers and sales companies, so when they start doing their first feature the hype is on.

Tell us more about the Script Pool Competition:

The sixth annual Script Pool competition is taking place between 22-24 November, during Tallinn Black Nights Film Festival (one of the biggest film festivals in Northern Europe).

In addition to presenting 5 international projects in late development, our audience will get to participate in different workshops and masterclasses. The International Screen Institute will deliver three tailor-made workshops: How To Pick The Right Sales Company, Sales and Distribution Agreements Top Tips and How To Develop a Festival Strategy?

We are also really excited this year because Script Pool participant Andrea Pallaoro will be hosting a masterclass where he talks about his latest film MONICA which also participated in Tallinn, and went on to premiere at Venice Film Festival in September (2022). 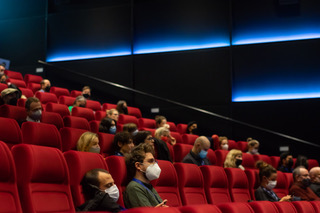 Tell us about the filmmakers you are showcasing – what is different / interesting about them?

We have 5 very different filmmakers who all are rather at the beginning of their film career, definitely filmmakers to keep an eye on! We recommend that you visit our T-Port catalogue, it’s a good opportunity to see the directors’ previous work and get a potential insight into what to expect stylistically.

Tell us about your role as an organiser?

I am the managing director of Discovery Campus which is an international continuing education programme organised by Black Nights and Industry@Tallinn & Baltic Event (I@T&BE), in collaboration with various prestigious international partners. It allows young film professionals to pursue, complement, and integrate their studies in filmmaking.

In addition to that, I also select Script Pool projects and put together the overall program for the participants – meaning workshops, masterclasses and so on. That is a great introduction for filmmakers as I also coordinate and select the Works in Progress competition and finally the First Feature Competition, meaning I go through films from late development till finished versions.

What do you love about your role?

I love finding new talent and interesting projects and bringing them to the industry where they can connect with other talents and professionals so that the end result is finally shown to a wider audience. It is also very interesting to create workshops and masterclasses and connect with great people. We have this saying in Estonia – years are not brothers. So, while each year the task is the same, the details are different and this makes the job interesting and exciting. 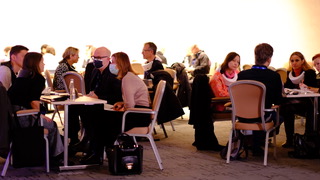 Firstly, I feel that young talents can lack the understanding that the basis of a great film is a truly great story – and to use more people in giving feedback to that story. Rules that might apply to your local audience, might not work internationally. Sometimes a personal story is a good starting point, but when making a film you need to see the personal aspects from a distance, so the director-scriptwriter is not too inside the story.

Secondly, I think many graduates don’t understand how international business works – sales agents, festivals, financiers and so on. There is this dream of Cannes, but often people don’t understand how it actually works. This should be taught more, so new filmmakers don’t get overwhelmed with the industry.

Until December 10, 2022, a selection of films from filmmakers who are taking place in the PÖFF Script Pool 2022 are available on T-Port without registration necessary. You can view them here.