Heading to Cannes – With Our Partner ‘Lights On’

The Cannes film festival will be happening from May 17 – 28 2022 and we are proud to announce that several short films from our partners have made the final selection. Two films in the competition are from our partners at “Lights On” – previewed below.

Members can view the rest of the T-Port catalogue from “Lights On” here.

A recently retired father invites his son to help him with the cherry picking in the garden. The father is in no hurry to finish the cherry job though, as he tries to catch up with his son. The cherries remain in the background.

Filmmaker Bio: Born in 1991 in Vilnius, Vytautas Katkus is one of the most talented and appreciated up-and-coming directors and cinematographers in Lithuania. He graduated with a BA in Cinematography and at the moment continues his MA studies at Lithuanian Academy of Music and Theatre. He debuted as a director with his first short film COMMUNITY GARDENS (2019), which was selected to the 58th Semaine de la Critique, while his second short film PLACES (2020) premiered in Venice, Orizzonti competition. Vytautas is presenting his third short CHERRIES in 2022. Currently he is also developing his first feature film THE VISITOR, which was part of NEXT STEP program in 2021. 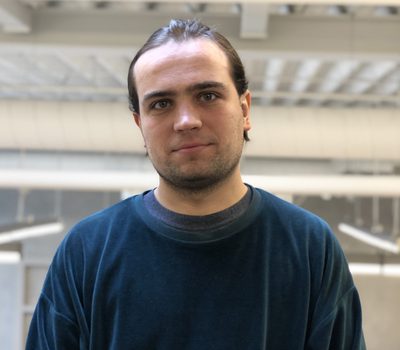 As a young Chinese filmmaker returns to his hometown in search for himself, a long due conversation with his mother dives the two of them into a quest for acceptance and love.

Filmmaker Bio: Shuli Huang is a writer-director and cinematographer born in Wenzhou, China. After graduating from Beijing Film Academy in 2019, he moved to New York City as an MFA candidate for NYU graduate film program.
Farewell, My Hometown, his feature debut as a cinematographer won the New Currents Award during the 26th Busan International Film Festival in 2021. His second short film, Will You Look At Me, was selected for the 61st edition of La Semaine de la Critique Cannes 2022.