T-Port Lighthouse Spotlight: Hilke Rönnfeldt and “Silence of the Fish” 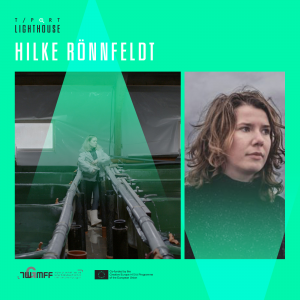 Hilke Rönnfeldt’s independent short film, “Silence of the Fish“, was submitted to T-Port Lighthouse a few months ago, making her eligible for the 2020 European Short Pitch project as a T-Port Talent in the frame of our collaboration with ESP.

With her exciting future project, “Duty Free”, Hilke was selected among 11 other Pan-European emerging filmmakers, to take part in the 2020 ESP short film projects selection.

We got a chance to talk to Hilke about her past and future projects, her artistic vision and the ways T-Port has helped her career so far.

I am a screenwriter and director and my work revolves around rural communities, coming-of-age, intimacy, isolation and the sea.

From Swedish Alma Screenwriting Academy I graduated in 2019 and I am an alumna of Screen Talent Europe (2016) and Screenwriting Lab Film Fund Hamburg / Schleswig-Holstein (2019).

My films have screened at several international film festivals. The latest film, “Silence of the Fish”, premiered at Tallinn Black Nights Film Festival (2019).

My life and film projects navigate between the Nordics and Germany and I am at the moment part of independent film collective “Super16” in Copenhagen, where I am concentrating on my next short film and I develop my feature film debut, which was selected for Scandinavian Debut Pitch at Haugesund FF and Tallinn Black Nights Baltic Event and received a development grant from the Film Fund Hamburg/Schleswig-Holstein.

I was drawn to portrait a mother-daughter relationship in a newfound way, harsh and physical, that was mirroring the rural life around the main characters, the nature, the isolation. At a deeper level, my ambition was to emerge with the story into the unsaid things, the things that we try to hide, our emotions and experience the consequences of that.

I am highly intrigued by what we say without saying it, so the working process was focused on developing the visual language with my crew, find poetry without words and a lot of character work with our amazing actors.

We are very glad that T-Port will support the participation of our next short film “Duty Free” at the European Short Pitch and we are curious to explore the T-Port platform and showcase our work there.

My future plans involve focusing on my debut feature film, keeping myself busy and work on my next short film, travelling with my films all around the world when it is hopefully possible again and meet fantastic other human beings.

At the same time, I would like to live on an island, go for a swim in the sea every morning and finish a book of short stories. Well, that’s a bit ambitious for the moment, so I put that in the dream section for now. 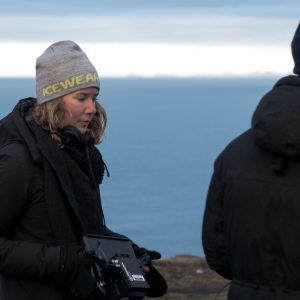 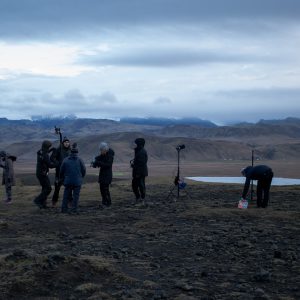