T-Port Talent Spotlight – DIY filmmaking and the power of reality : An interview with filmmaker Jacob Perlmutter 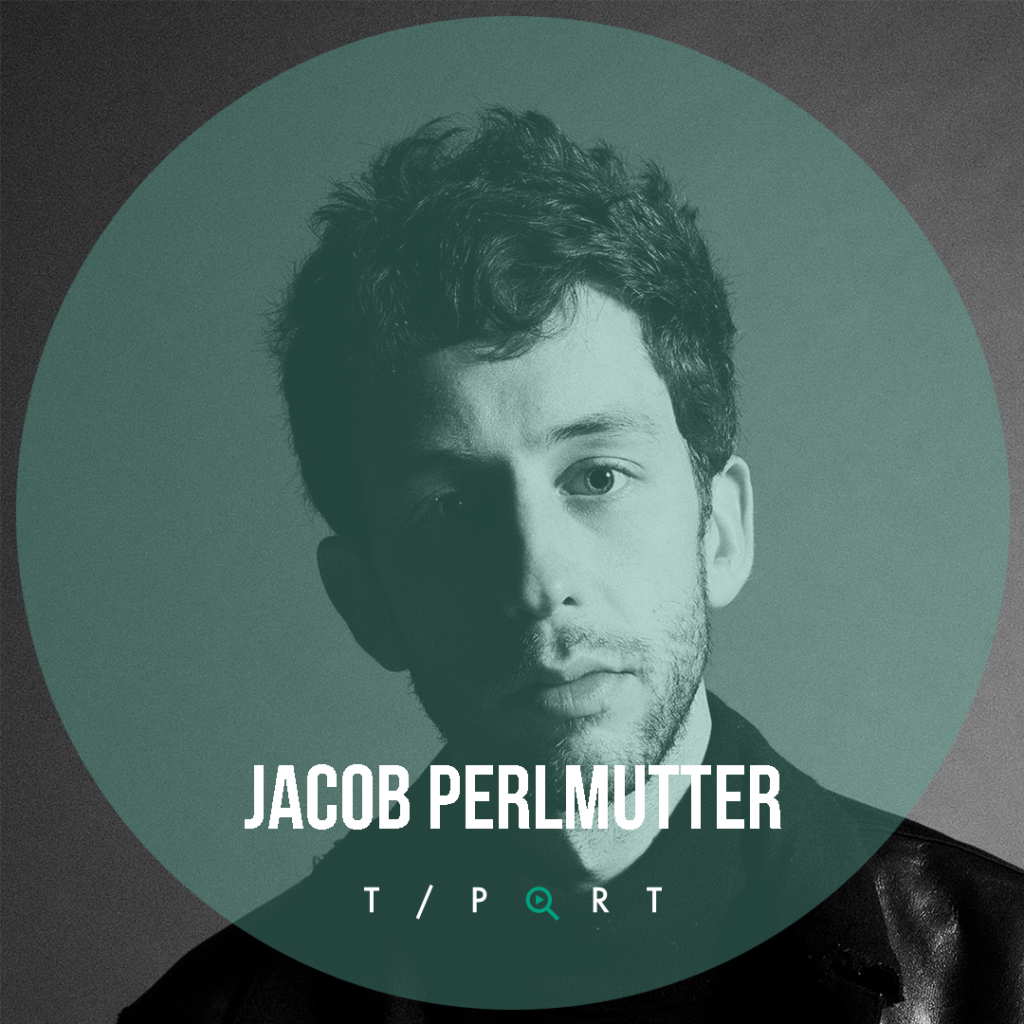 Jacob Perlmutter made his film “A Wall” during lockdown. The narrative sees a repressed woman falling passionately in love with a wall in her house. We spoke to the filmmaker about the minimalist shoot and why he finds reality more fulfilling than dreams.

I’m a London-based filmmaker with… my debut feature film currently in production. I’m 32 and have been working for half of my life. At the age of 16, I started taking pictures for bands, making music videos, and working for the NME. And from there, went to film school and have been writing and directing ever since.

“A Wall” was a lockdown film and came from an imagined experience I felt from being confined. I let my imagination run wild: what would happen if a character were to fall in love with their surroundings? That was the kernel of the idea – and the fiction developed from there.

After the idea arose in lockdown, it was a case of very quickly writing the script, gathering what was needed, storyboarding and then shooting. It was both planned and spontaneous – totally collaborative between Manon and me.

With such limited lighting and camera equipment, the film was totally improvised using what we had to hand. We shot the whole thing on a broken tripod that we had to gaff together each time the camera changed height (which was every shot). We made a track out of a disassembled bookcase. We used mostly house lamps to achieve the lighting. It was very DIY and very fun – we really felt like we were embodying the 60s experimental spirit! 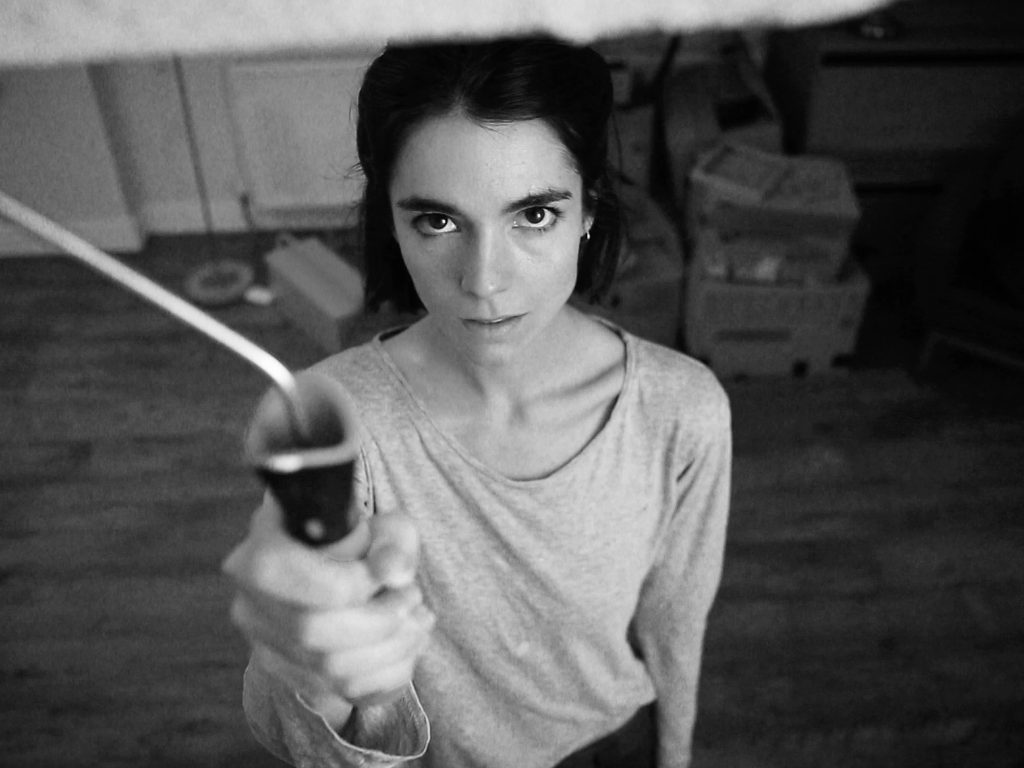 What were the biggest challenges you encountered?

Manon Ouimet and I were the entire crew… she acted, and together we did the rest – really everything: costume, lighting, focus, grip, sound recording, you name it. My brother came and helped make the Wall itself and my mum helped neaten up Manon’s haircut after she chops it off on camera – at 3 in the morning… We shot for 4 x 16 hour days while it was snowing during one of the lockdowns and really embodied the film – it was intense and great fun.

Tell us about the visual choices in your film. What were your main goals and techniques in creating the visual style?

The black and white, storyboarded language of the film were inspired by both Hitchcock and Lynch. “A Wall” is a very structured film – a homage to the step-by-step nature of classic films of the genre. The mostly silent style, too, aims to employ the power of visuals and sound, leaving the dialogue spare. I wanted to play with the 60s experimental visual style and try applying it to the modern world, including a mobile phone into the narrative. Playing with genre is part of the fun of making art – what do you choose to keep, what do you change?

Diogo Strausz, a long-standing music collaborator, composed a beautifully complex score. To reflect the protagonist’s mental state, the music moves between swells of romance to foreboding psychological horror. Paying homage to the likes of Bernard Herman, the intention of the music was to really be a guiding force alongside the visuals – to co-author the story and carry the mostly silent film. 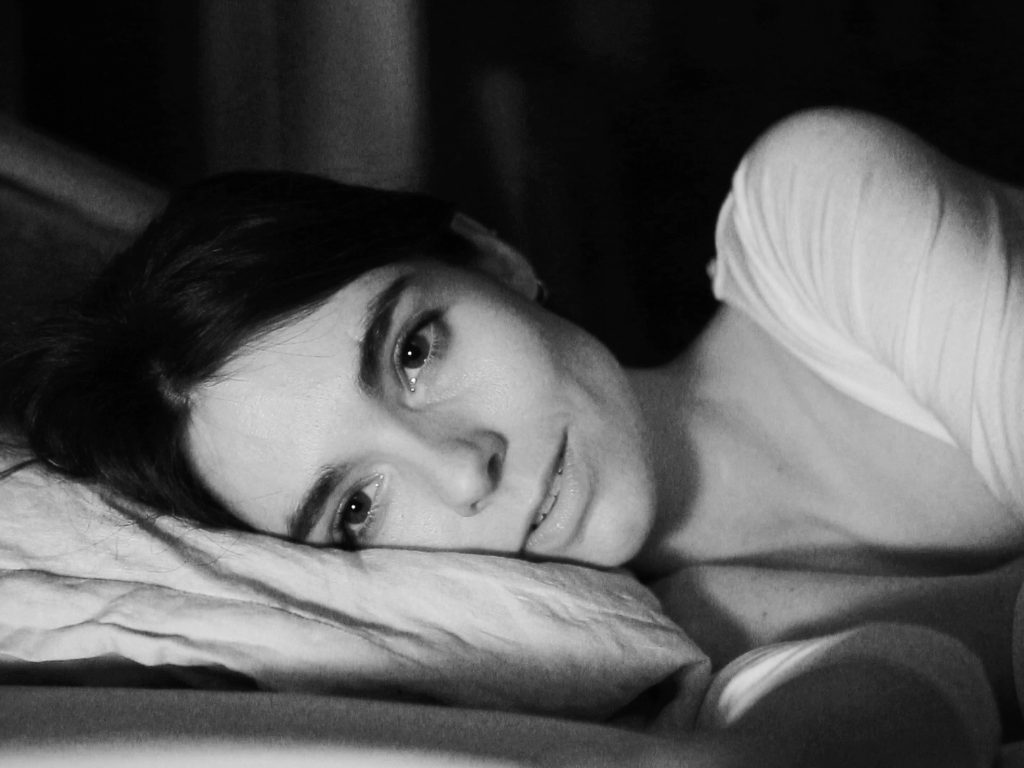 Kenneth Lonergan is a master. His naturalism is extraordinary, his stories always so subtle and moving. In a world filled with genre pieces, many of which have their place, Lonergan always brings me back to the true chaos, drama and beauty of our world in a grounded and moving way.

I saw Peter Pan at the cinema as a kid. I can’t remember if I loved or hated it… maybe I just thought it was OK… do kids have ambivalent feelings..? Maybe, actually. Maybe it’s memories that tend to be only good or bad rather than down the middle. There’s something in all that.

I also take pictures – mainly reportage – and have recorded two albums of my music in Brazil. All available on my website. Film is sound plus visuals. Therefore flexing all the muscles over the years has taught me so much and been utterly expansive. I’m so grateful for the breadth of activity I’ve been able to do.

My experience at film school taught me a lot. What you learn as you keep going, plugging away every day for years, is resilience. Film school flows because so much is provided. The real world is just as educational, but also harder. Life’s responsibilities get more intense. The trick is to stay connected with why you do what you do. I suppose inspiration – or love – which are basically the same thing. That’s what is sacred – and must be held onto.

To finish my documentary I’m making now and get it out there. I’ve learnt not to dream – they are futile and unfulfillable. Even if a dream were to be achieved, then what? What I’ve learnt is to have ambition and courage as primary qualities. Then just see what happens. The rewards of reality are so much sweeter than stepping into the line drawing of one’s dreams. I am only one person. But to be a single person in the world and see what it has to offer… that’s what gets me going. To reflect inventively with emotional truth… not to create… 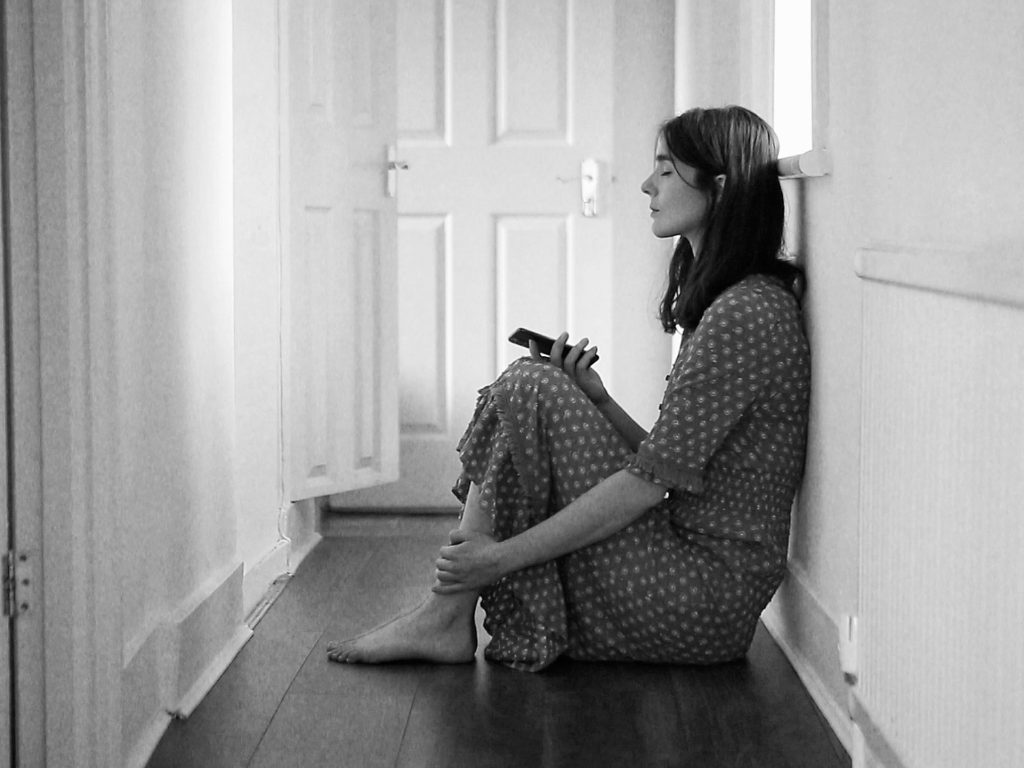 One Response to T-Port Talent Spotlight – DIY filmmaking and the power of reality : An interview with filmmaker Jacob Perlmutter