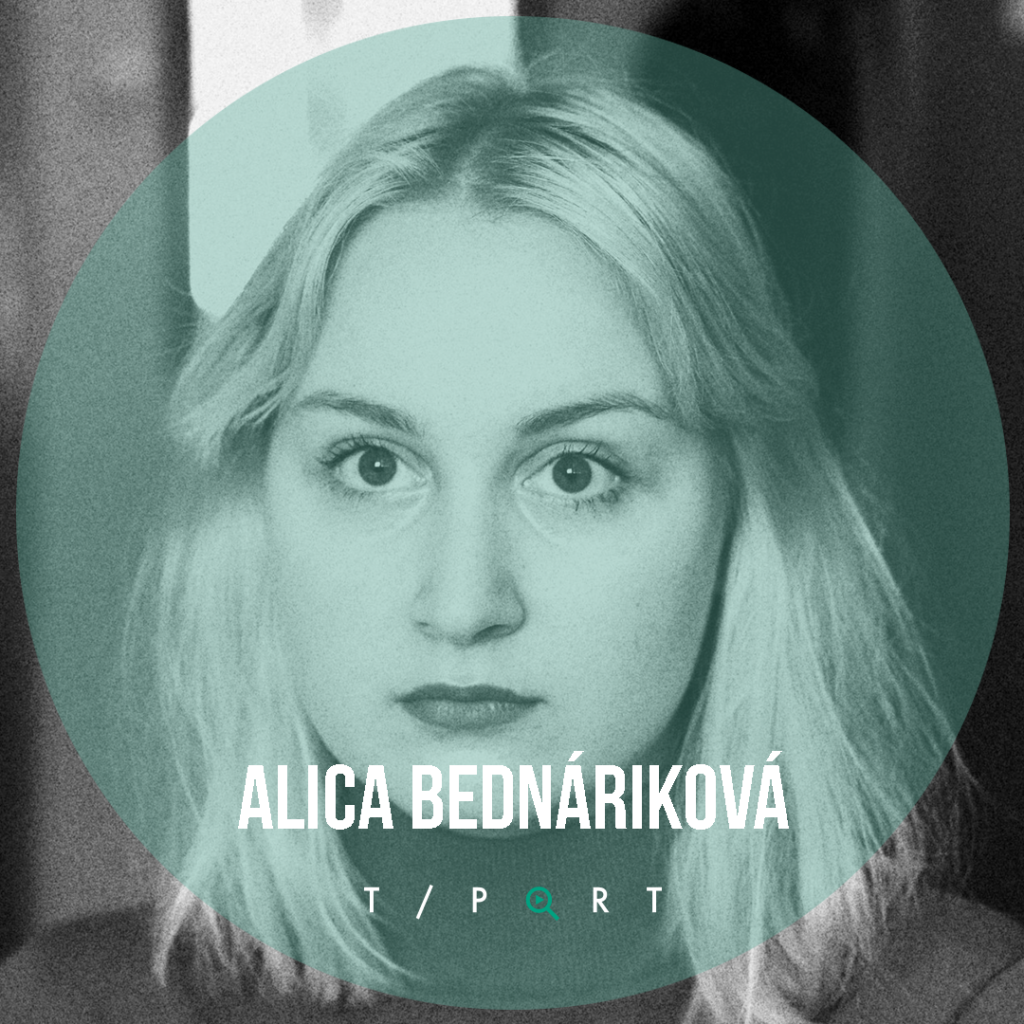 Ahead of the Karlovy Vary Film Festival this week we caught up with director Alica Bednáriková whose film “Liquid Bread / Chlieb Náš Každodenný” will be screened at the festival, presented by European Film Promotion’s Future Frames programme. The programme puts a spotlight on outstanding young directors from Europe. Ten film students and graduates will be presenting their films at the 56th Karlovy Vary International Film Festival (KVIFF), running from 1 to 9 July, 2022.

I am a 23-year old filmmaker from Slovakia, currently based in Brussels. I have finished my studies and am trying to develop my new projects, both short-length and feature-length, that play with tragicomical genre and experiment within these frames. 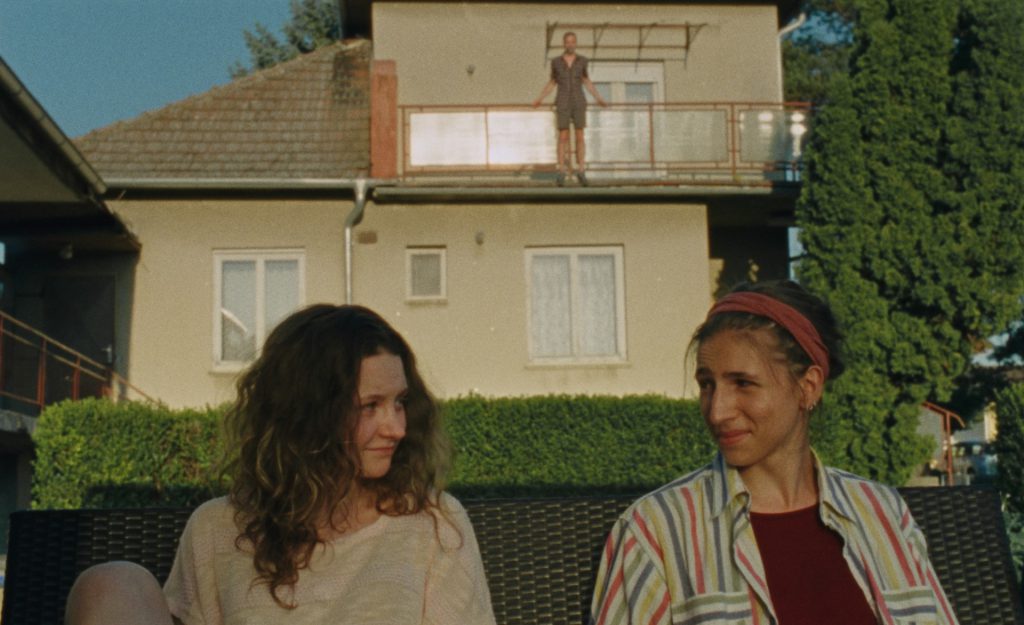 While working on your film, where did you draw your inspiration from?

I was inspired by my need to pay homage to the things I know from my childhood and from where I come from. To use my film as a timestamp that speaks about what I observed around me in my family and in my country, and my feelings towards it.

What was the process like and what first sparked the idea to make this film?

I started writing this film in my first year of film school, although the idea behind it was long in my mind waiting to resurface. I had all of these ideas about everything that the film needs to mention and I started working with Diana, a screenwriter and my good friend, on the script. I overwhelmed her with everything that needs to be in the film to the point she said it’s impossible to make. So it really took a lot of time and effort to narrow it down to the film that it is today and I have her to be thankful for. 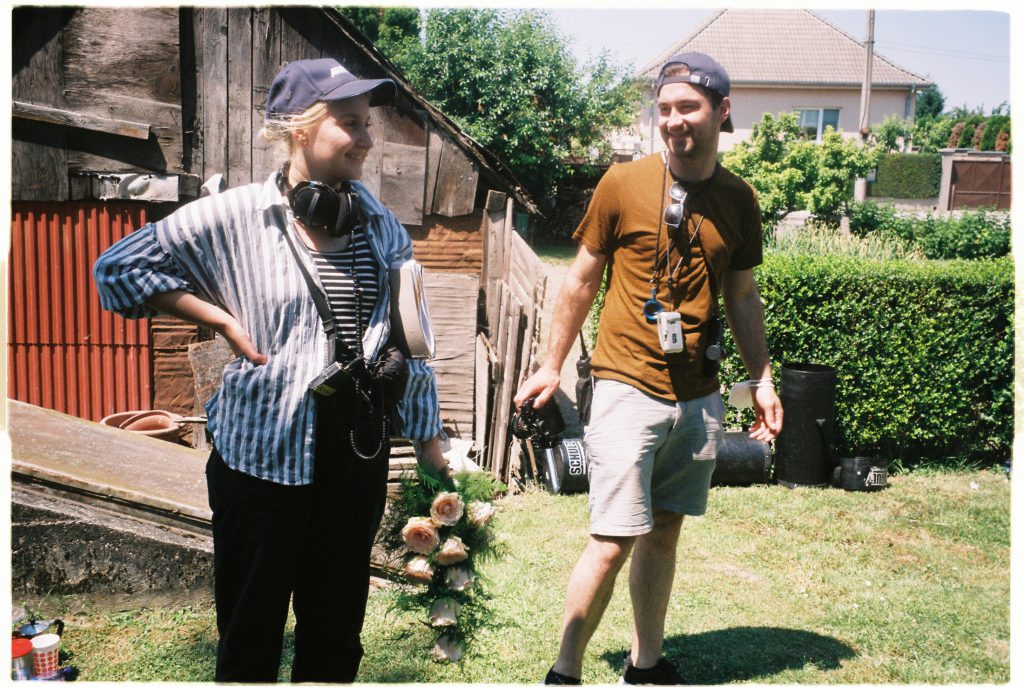 I wanted to be honest in the story I portray, to search for both love and pain equally. I wanted to play with the genres of comedy and tragedy, and to showcase a sort of timestamp of the life as I knew it. As for the shooting itself, I have been trying to find a place for vulnerability on set. To be able to be sensitive as a director, and sort of to look for a space for that.

I feel like there were a lot of challenges on all fronts. But I didn’t really realise it until I was on the set itself. I had the biggest crew I have ever had on a film of my own, I had a fairly huge cast ranging in age around 60 years, and we had all of these locations, storyboard ideas, just so many things that were difficult to juggle. And most of all, we were shooting on film stock, which can easily get even more expensive once things go wrong. So overall, a difficult process to stay on top of and still think and work creatively.

How was it to collaborate with your cast and crew?

I have met so many wonderful creative people through this film, and strengthened relationships with those I already worked on. I worked with Frederika Brodzianska, a set designer that single-handedly transported everything from their house to our locations and just had so much passion for making it the best thing possible. I had a pleasure to work with Evka Miklisová, a costume designer, who made all of the sketches for costumes and really thorough preparations (and was able to sew a shirt on from scratch an hour before the actress had to wear it in the shot). And I worked with Roman Šupej, a cinematographer (and a good friend) I have worked with on several projects before – I really feel like we share the same vision and I always look forward to working with him. 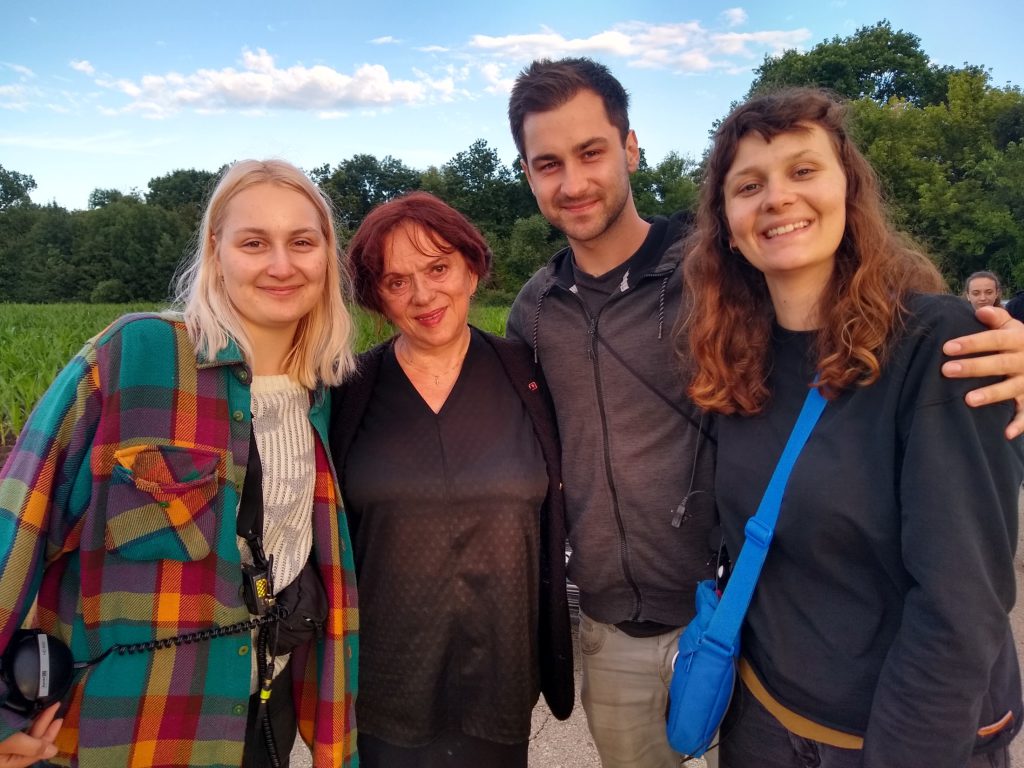 Recently, Greta Gerwig. I am inspired by how she casts her films, how she uses pop culture to draw the viewer in on her films. I think she makes very conscious choices and is just very aware, as a filmmaker.

I remember the first time experiencing the power that cinema can have. I may have been 6 or 7, and I have just watched “Armageddon” (the cinematic value of the film may be disputable, but it did leave a big mark on me) and I remember having these vivid dreams about it the following night, about floating in space. When I woke up, I was genuinely disappointed that the dream ended. That memory stayed with me and the urge to feel it again and discover new films to explore the feeling they can give me just increased. 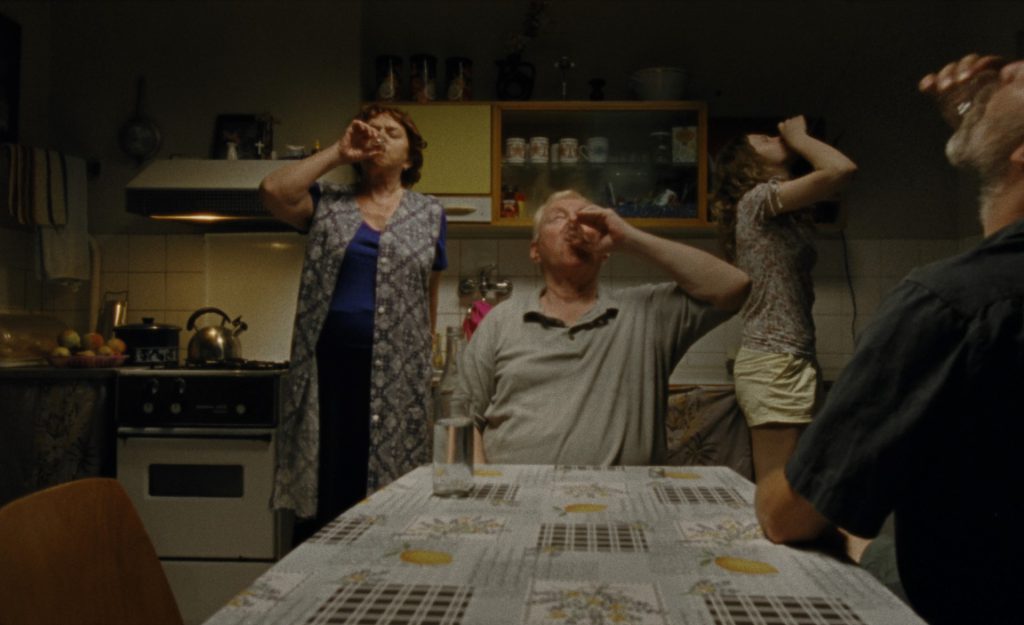 Before getting more into filmmaking, I used to do theatre and I wrote a lot, especially poetry. I still greatly take joy in going to the theatre, during my studies there were times when I went every day of the week. As for poetry, that went away a bit, but I thing it just transformed into filmmaking for now.

Do these passions influence your filmmaking?

Writing, especially poetry, is a good relief for me. There are periods when I can do that very freely and then there might be a half a year when I don’t write anything. I really try to let it come and go freely. But it is a liberating experience compared to making films, which takes a lot of time, effort and cooperation with so many people. Then it is nice to be able to sit down and produce something that I am solely responsible for, and that takes a few minutes to be done. Like poetry.

I went to a rerun of “Lost in Translation” shown on film stock in a cinema. I remember watching this film a long time ago, but I had no vivid memory of whether I liked it or how I felt. I like to rewatch films, and through them discover how my taste changes and how I grow up as a viewer. Rewatching this film after such a long time, I found out there was so much more both tenderness and comedy than I remembered. 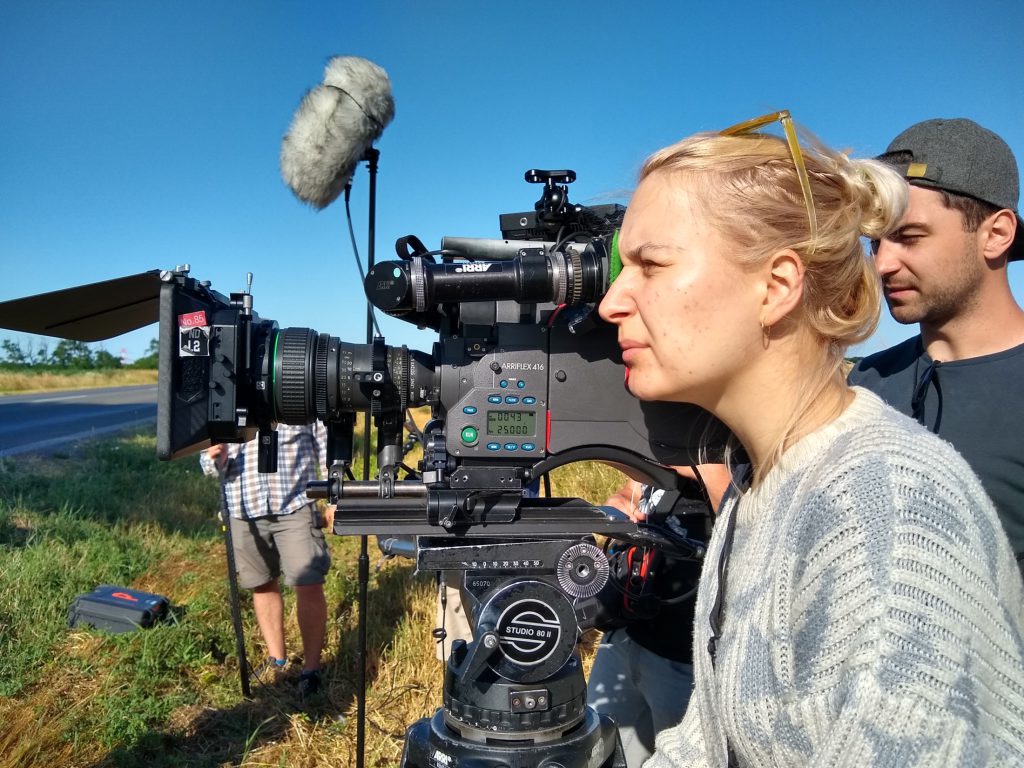 Any Hitchcock film. I recognize his inventions, but maybe it is time to move on.

I think the overall market for short films is rather peculiar. I realised there is a lot more to it once you want to promote your film and the whole PR experience was very new to me. I think it is interesting how film adapts to the times we live in today and how it is migrating towards social media and promotion. For me it was a new thing, but I found it very rewarding and interesting to explore more.

I can only speak from my experience and that is – that there is a lot to improve. The set of skills one acquires after finishing a film school varies from one place to another and that is what determines one’s possible employment and career. I can only hope for more opportunities for young filmmakers, especially women filmmakers, in the future, to establish themselves in the field of filmmaking they feel comfortable in.