This May, we have proudly attended Cannes Film Festival with three of our filmmakers presenting in the official selection –

Yarden Lipshitz Louz, from Sapir College – was selected for the prestigious student competition, Cinéfondation, with her short – Netek (Rift).

Yotam Ben-David, presented his first feature film project Over Time and Distance at the Atelier Cinéfondation

Kobi Mizrahi, producer of many of T-Port’s films including ‘Mother Of’, ‘Home constructors’, ‘Open Your Eyes’, ‘Shmama’ and more, presented his recent – Parparim by director Yona Rozenkier at the short film competition 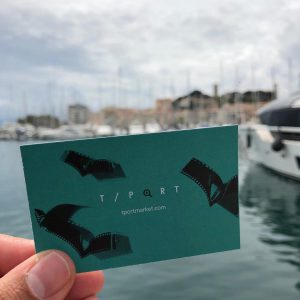 Aside from those screenings, we had an amazing turnout at our panel (150 people who came and stayed for the rest of the day). The panel was about the transition from the short film to the first feature film. Our International manager, Amos Geva was our man on the field – moderating the panel that included representatives from some of the top international institutions for young talents – Mercedes Fernandez Alonso – Managing Director of Torino Short Film Lab, Florian Weghorn – Programme Manager of Berlinale Talents, Jeremy Zelnik – Head of Les Arcs Talent Village, Enrico Vannucci – Short Film Advisor at Venice Film Festival, Algirdas Ramaska – Executive Director at Meeting Point Vilnius FF and Renen Schorr – Founding Director of Jerusalem Sam Spiegel International Film Lab. Another special guest we were delighted to have was Lawrence David Foldes from the  Student Academy awards. .Some of the topics that were discussed included 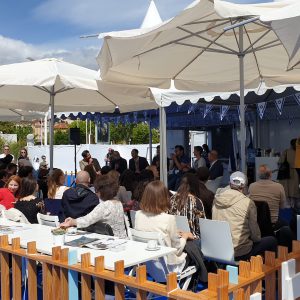 The panel was part of a full day dedicated to young and emerging talents at the Israeli pavilion in the international village organized by, Gesher multicultural film fund. This day also included roundtables, speed dating meetings, presentations and more!

Cannes is the biggest and most important platform for filmmakers in the world,  and we look forward to telling you all about the new projects and partnerships up ahead!

See you next year… 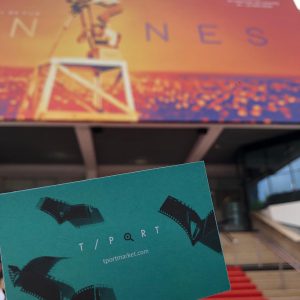 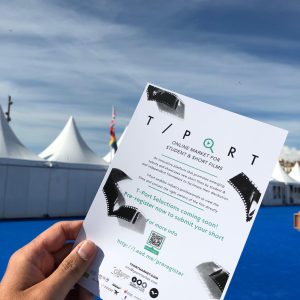 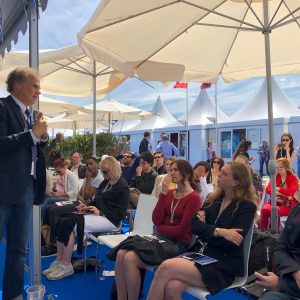 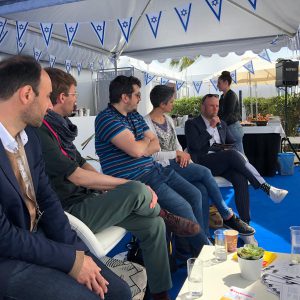