As a new year slowly unfolds, we are extremely excited to share with you the works and stories of three of the promising upcoming filmmakers from Salaud Morisset’s international catalogue of short films.

All three films are available for professional viewing on the Salaud Morisset page on T-Port, alongside many more films from their expanding catalogue.

Filmmaker Georgi M. Unkovski, writer-director of “Sticker”, told us a bit about his background, artistic vision, and the process of making this stunning short.
“Sticker” follows Dejan, a young father, who just wants to make to his daughter’s school play on time. But the entire Macedonian bureaucracy seems to have decided otherwise… 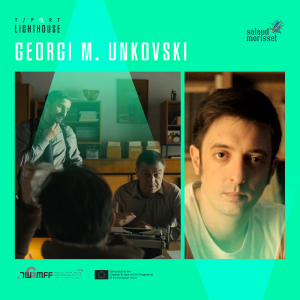 Hi Georgi, please tell us a little bit about yourself.

I’m 32 years old. After being born in New York City, I’ve spent most of my life, living and working in Skopje, Macedonia.
I’ve worked in television for the first 3-4 years after school, directed ads, music videos and some films.

Tell us about the origin of your film, the process and your insights from making it.

“Sticker” is my second short film outside of a film school, and I had a lot of fun making it. It was a film I daydreamed about a lot, and I eventually made it for myself, in a way to get back at the system or to clarify in my
head some of the absurdities in our system, as well as to deal with my own troubles of dealing with authority.

We never even considered we’d get this far internationally with the film, and we are humbled by the reception we’ve received worldwide. After the film’s international success we are slowly but surely on the way to secure funding for my debut feature film “DJ Ahmet”. In the meantime, I work as a scriptwriter on a few current and upcoming television series, as well as directing ads and spending time with my black Labrador named Blu.

“Sticker” is a passion project that came to me after an absurd situation that I faced at the DMV in Macedonia. I was so struck by this occurrence, that I wasn’t able to sleep the following nights. It was just what I needed to launch my character on his adventure of misfortune. I always approach the set with positive energy, and I love having positive people around. Even if the whole ship is sinking, the attitude of the crew, in the end, is what saves the day.

There’s a lot of filmmakers I admire, but If I had to pick a few, it would be the three Andersons: Roy Anderson, Paul Tomas Anderson and Wes Anderson. But I must add the two Cohens, Ethan and Joel.

How do you feel about featuring your film on T-Port?

I hope that “Sticker” could reach new audiences through T-Port, and am hoping to promote the film and raise awareness to it prior to the shortlist Oscar’s vote.

I have big plans for the near future. I hope my first feature film, “DJ AHMET”, could be filmed soon, in a safe and joyful environment. I dream of the day we can go back to making films in the way we used to before the pandemic. I’d love to make many more films and share my stories with the world regardless of the medium, and I hope I’ll have many more chances to do exactly that. 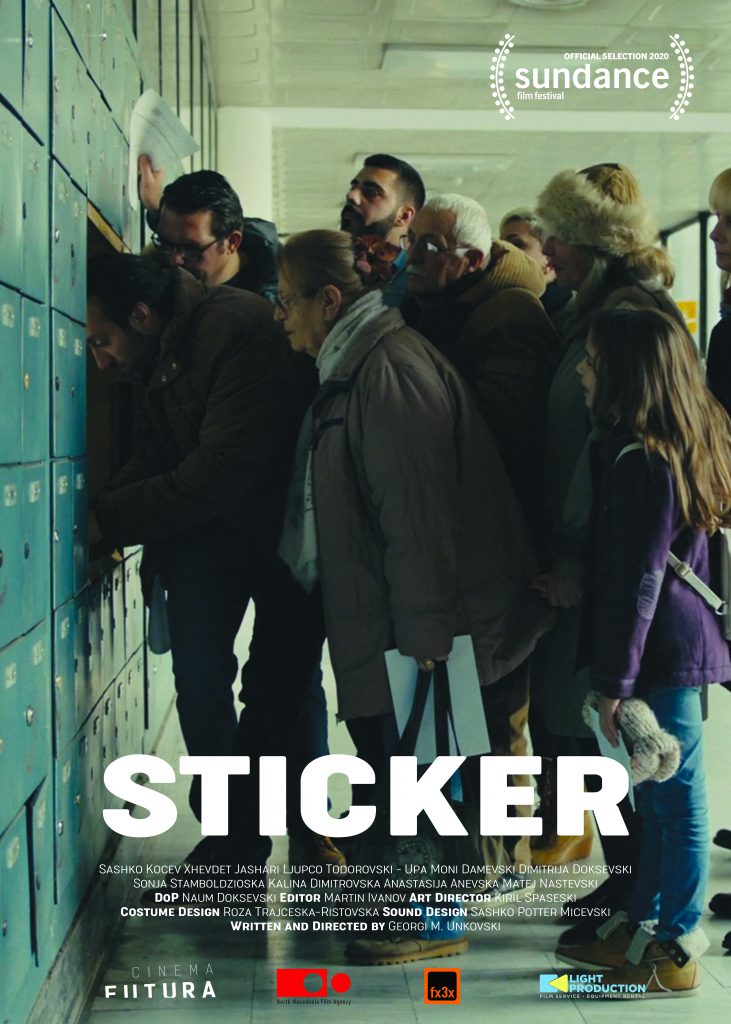 Molly Manning Walker / Good Thanks, You?

Filmmaker Molly Manning Walker is the writer-director of “Good Thanks, You?”. This intense and powerful short has an equally intense plot summary: Would you tell your partner everything? Even the unspeakable? 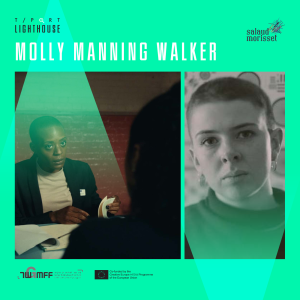 Hello Molly! Tell us about yourself.

I am 27 years old and currently working as a cinematographer and occasional director. I also have a feature film in development with “Film4”, produced by Ivana Mckinnon and Emily Leo.

How did your short film come about?

I really wanted to make something that looked at how traumatizing the aftermath of a sexual assault could be. Something that highlighted how the conversation needed to change. The middle section of the film looks at how the authorities repeat themselves, making you question yourself. I decided we needed to shoot the middle section on a 360 track. We shot an interview with the police, the doctor and the headteacher whilst the camera was constantly rotating. It was very difficult to work out but I’m so glad we did it.

Who is a filmmaker you admire, and why?

Eliza Hittman is a filmmaker I look up to, because of the way she examines bodies and emotion in her films.

I am hopeful that Covid-19 will go away soon, so we can make the feature we’re working on! 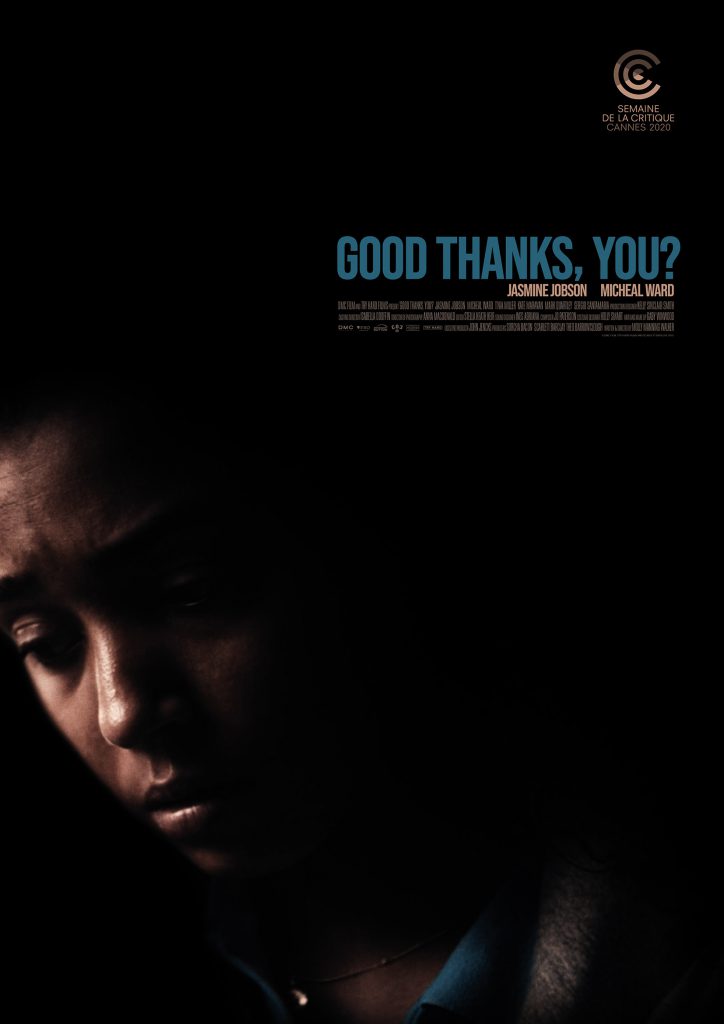 Joan Iyiola is the writer, producer and star of “Dolapo Is Fine”.
The film follows a young black woman, soon to leave her British boarding school and enter the working world, as she faces pressure to change her name and natural hairstyle. 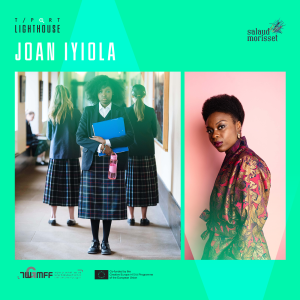 Who are you, Joan?

I am an actor/writer/producer, 33 years old, from London. I am currently working on a feature film, “BLUE-EYED SOUL”, and TV projects “THIS IS NOT MY EXPERIENCE”, “TALAWA” and “HABEAS CORPUS”.

I co-wrote, co-produced and acted in “DỌLÁPỌ̀ IS FINE”. Our working process was a collaborative one, it was the first film that I have made and our team was made up of a beautiful blend of first-timers and experienced hands.

What did you learn through the journey of making this film?

I have many insights from this journey: first of all, the skill of each and every person on the production was necessary and it is all evident in the finished film. I also learned that there will always be things that go wrong and the important thing is how we creatively solve them. The biggest lesson I learnt is that we must continue to dream BIG when making films.

Who is a filmmaker you admire and look up to?

Ava Duvernay is a filmmaker I look up to.

How do you feel about featuring your film on T-Port?

I am excited to be a part of T-Port. I hope to meet other filmmakers and future collaborators, and to discover some great films!

My main goal for the near future is for my production company, Apatan Productions, to be contributing to the TV & Film landscape in a way that shifts the narrative.