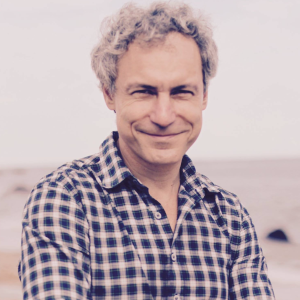 I was born in Kharkiv. For half of my life, I had lived there before I left. I remember the streets I walked and people because it was my childhood. My family left. We left because we had enough and the glimpse of freedom allowed us to part with the world we hated every day.  But as we lived in the USA, Ukraine has been rebuilding and reinventing itself.  I had a chance to visit it again and meet with new people in Ukraine.  For the first time in 30 years, I came to Kyiv. I was there for three weeks, casting actors for my new film. I fell in love with them. They are really warm, kind, sensitive, talented people.  We mutually felt how much we could tell each other. Me about my life and them about the life they live in Ukraine. We were together. We had the same language. We had the same feelings.

Today after we parted the war started. I am in constant talks with them.  I know that my actors are fighting back. Their families ar are making Molotov cocktails. Their families are sleeping on the floor in Kyiv.  They are fighting back the Russian occupants. They don’t want to leave their country. They are brave heroes that fight this war for all of us. When I walked on the streets of Kyiv, I felt how proud these people were. How free they were. How vital their country was to them

They are strong. They will not be defeated. Never.

I am distraught about what’s happening now. Russia declared war on humanity. Russia attacked an innocent country. Russia is killing innocent people. Russia lies to the world bluntly and the whole world can see it.

I see death on the streets. Explosions in the same streets I grew up. I used to live in Kharkiv. Sumskaya street is in the centre of the city. It is all in rumbles.

I see blood on the streets; cold-blooded murder during war. Ukraine is an innocent, sovereign, independent free country with people who want to live free and be part of culture and humanity. They had the right to choose. They know what it feels like. They were building their culture and life themselves. They belong to it.  And now, Russia is bombarding them. Russia is destroying the bridge that Ukraine has been building to the rest of the world. It was their oxygen. Russia is cutting it.

How brutal, how horrific, how can this be when one country, that for the last few years was only capable to weaponize, preparing for an invasion, spreading lies commit to its brutal plan. Evil persecution. Silencing free press voices. Cutting out its intelligence. Sounds familiar? Yes, it is the model I lived through in the USSR, where freedom of voice was punished and prosecuted, where people felt scared, where people were forced to be someone else and not who they really were. Gray, brutal reality. It is coming into Russia now. It is what is going to swallow it if isn’t stopped now.

This nightmare has to stop. I wish that people in Russia can wake up now.

To you Russian people.

I remember times when USSR lied to us, and we lived behind the iron wall for many years. Since 1917 we were lied at. We didn’t know what it was and were not happy. All of us were disconnected from the rest of the world.

This is where you are going. Russia is going to be isolated forever if the people of Russia, you, won’t change your course. Change your government. Don’t be afraid.  Your government is lying to you.  It isn’t the world that is Evil, it is your Government spreading lies one after another. They are good at that. But you can be better. Really, just think why would Ukraine attack you? Why would anyone want your inferiority? Why so many countries are afraid of your aggression? You have to throw Putin. Bring him down now! You have to fight for your own freedom. It is such a shameful war that you and your country are involved.

Ukraine is your Sister.  This is your family. You don’t deserve this. You must fight back to know the truth. Now! We must work somehow to stop it. We must go to the streets. We must use all ways to communicate this to Russian people to wake up and not to be afraid to fight this cancer that spreads within.

It isn’t Ukrainian people. It is not Americans. It isn’t Europe. Only you – RUSSIA has to stop it from spreading.

Gleb Osatinski is a director, screenwriter and producer. His short film Outsiders is presented on T-Port Lighthouse.

One Response to In Solidarity with Ukraine / Filmmaker Gleb Osatinski Statement