Maria Semenova is a Moscow-born filmmaker. She recently graduated from the Gerasimov Institute of Cinematography (also known as VGIK), where she directed several short films, experimenting with both fiction and documentary storytelling.

Maria’s most recent short, the documentary The City of The Sun, is available on T-Port in the catalogue of Eastwood Agency, an emerging Russian film promotion agency.
The film is a poetic documentary following a small religious community in Siberia, Russia.

We recently had a chance to talk to Maria about her latest film, her artistic vision, and her unique experience of directing in -38°C weather. 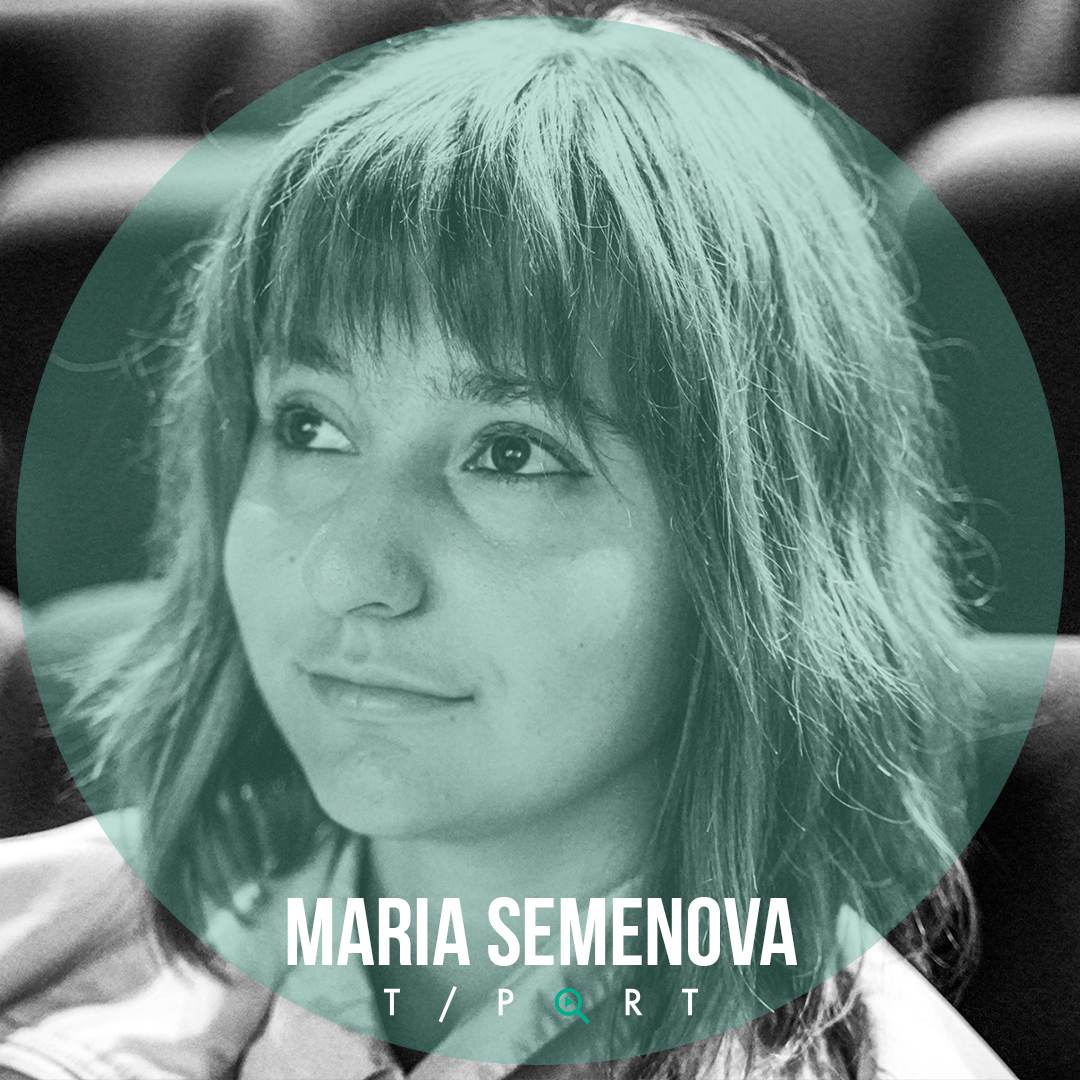 Hi Maria! While working on the film, where did you draw your inspiration from?

I usually try to get inspiration from everywhere. News, books, films, exhibitions, overheard conversations, situations that I see on the streets. But while working on ” The city of the sun”, I did not have a single reference that I could be guided by. It is rather a set of sensations, that I got while filming, that inspired me.

I was really impressed by thousands of people walking in the white gowns through the white snow. By their meditative and hypnotic singing. By their terrifying unity and their faith. And, of course, I was touched by the family story and by this little boy, who was forced to become a part of the new world in the middle of taiga.

So I guess, that in this film my inspiration was reality itself.

For me, the key determining factor when it comes to film is how emotionally affected I am by it, how changed I am after watching it. If a film gets under my skin so much that I can’t take my eyes off the screen, then that’s a film “for me” and I fall in love with it.

When I was a little girl, I fell in love with horses. I have been horse riding since I was 5, but after a couple of years, I quit. And now, after 15 years of break, I got into the saddle again, and I’m really happy about that.
Also, I collect dinosaur figurines. It came from my childhood either. When I was little, my favourite place in Moscow was the Paleontological Museum. I could hang around there for hours looking at the skeletons of dinosaurs. This is not a real passion, but still, I like dinosaurs:)

What is the best thing you recently watched or experienced? (TV/Cinema/ Gallery/other)

Yesterday I watched ‘Detours’ by Ekaterina Selenkina. I was really impressed.
And in November I attended Kurzfilmtage Winterthur film festival and the international competition was just amazing. I can name a couple of my favourite films: “Naya – Der Wald hat tausend Augen” by Sebastian Mulder, “Ob Scena” by Paloma Orlandini Castro and “In Flow of Words” by Eliane Esther Bots.

A friend of mine —  she studied journalism — once showed me a short article about the Last Testament religious community. New Jesus, 10 thousand followers, Siberia, endless taiga. I was really inspired. So I began to search for information about this community in all available sources. Soon I realized – I must make this film. But it was not that easy. This is a very close community and they do not let strangers inside. There are several checkpoints with guards on the way to the Sacred Mountain, where The city of the sun is located. So there was no way to start shooting without permission. And to get this permission was really hard. The first answer, that I got from one of the heads of the community, was NO. 100% NO.
So I started to spend time with the followers who lived in Moscow. I tried to explain why I want to make this film, tried to earn their trust.
Well, it took me about 5 months to change NO into YES.
And then the three of us — DOP, sound director and me — finally managed to go to Siberia.

The important part was to find film characters. At the very beginning of preproduction, I realized that the most interesting thing for me is to show the slow and intangible process of how someone’s mind is changing under the influence of religious dogmas. Therefore, I was looking for someone novice, who would like to move from Moscow to the community, and for whom life in the community would be new.
For several months I could not find anyone until I met this family. A little boy, who’s father was moving him to the community, where he has never been before – this was the character I was looking for. The boy could become a guide for the audience to this unknown world in the middle of the taiga.

Well, we faced quite a lot of difficulties while filming. But to be honest, it only made the shooting process more interesting. For example, frost -38°C was a real challenge. Also, we had to deal with a lot of rules and regulations from the community, with prohibitions to shoot what we wanted.

I was really lucky to find such a Director of photography. Of course Sasha is very talented and I really like the way he shot the film. But, which is also very important, the filming process with him was really great and comfortable. We tried to support and understand each other. Also, we joked a lot and it helped us to keep working. After the shooting, we became good friends, and it means a lot to me.

We wanted the camera to be a detached observer who looks at the community’s life from a distance. The movement of the camera was supposed to emphasize the meditativeness and the state of trance and hypnosis.

Well, I started with the festival promotion. And for me, the most challenging part was to find the right company. When I made the right choice — everything went great. So Eastwood agency and Ekaterina Rusakovich are my guardian angels in the world of festival promoting. Now after the festivals I guess it’s time to think about distributing and so on.

I cannot speak for all young directors. But as for me, after graduation, I feel quite ambiguous. On the one hand, after graduation, I still get news about the participation and awards of my previous films at international film festivals, and this is, of course, very inspiring. But on the other hand, I do not have a clear plan on how to implement my new projects. I really believe in my new projects, but I don’t know exactly where to look for great producers and funding. We were not taught this at school:)
I collect information bit by bit, try different ways.
So for me, there is a very lack of a single database where all this information about pitchings and so on would be collected. Maybe there also can be organized more forums and events (maybe some of them online), where young filmmakers can meet the producers and can introduce their projects to the industry.

I really hope that T-Port would help to promote my film and me as a director so that I would have a chance to find the producers and funding for my future projects.

Now I’m working on a short experimental film and a feature-length documentary. So I dream of realizing these projects. I really want to find an ideal film crew, great producers. After all, only with a strong team, there’s a chance to create something truly talented. 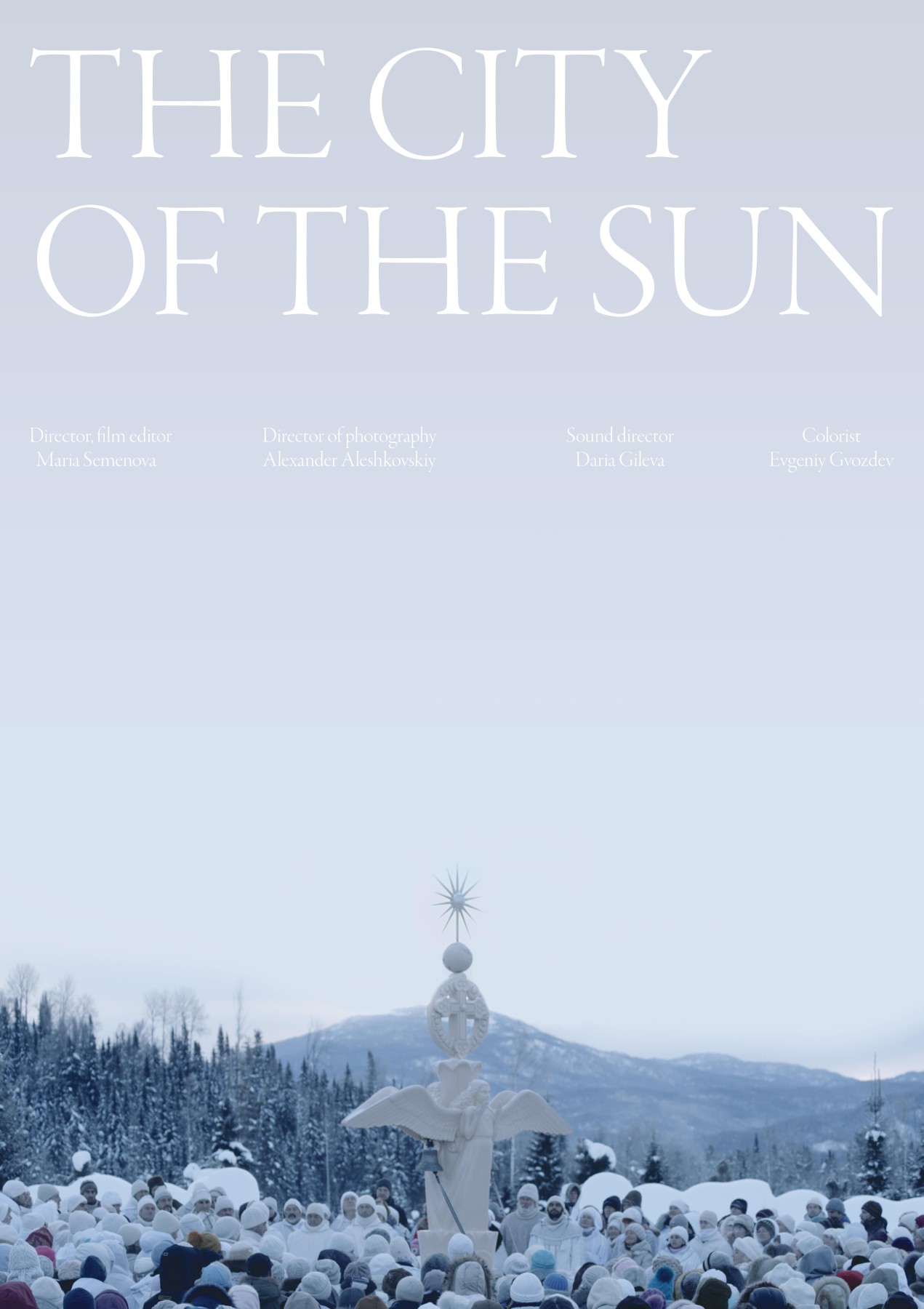