Sometimes we meet a T-Port Talent which we can just bet on being a successful filmmaker in the near future. Jannis Lenz is one of these filmmakers, showcasing an impressive filmography and a list of accolades.

Following his short film, “Battlefield”, we got a chance to learn some more about his emerging career, his artistic vision and his future ambitions.

➤ Jannis Lenz studies Directing under Jessica Hausner at the Filmacademy Vienna, where he also worked as an assistant for Michael Haneke. He got selected for Berlinale Talents, received the START Scholarship for Cinematic Art by the Austrian Ministry of Culture, the Distinction of the Society of Fine Artists Austria and is an official member of the European Film Academy. Grown up in Germany in a family with a Palestinian grandmother and a sister who came from Cambodia as a refugee during the civil war, he collected his first camera and directing experiences by filming himself and his friends doing Le Parkour, performing art in an urban environment.

➤ Inspired by the quote of Austrian Expressionist, Oskar Kokoschka: “Weeds are nature’s opposition to the governance of gardeners”, “BATTLEFIELD” shows the inner life of a military base as a microcosm that seems to have fallen out of another time. Soldiers focus meticulously on gardening instead of preparing themselves for war. The grass-green battlefield gets a military buzz cut. The film depicts a dreamlike look into an imaginary future, where barracks appear as well maintained open-air museums. The tanks remain as relics, silent but admonishing. Some of them still work. 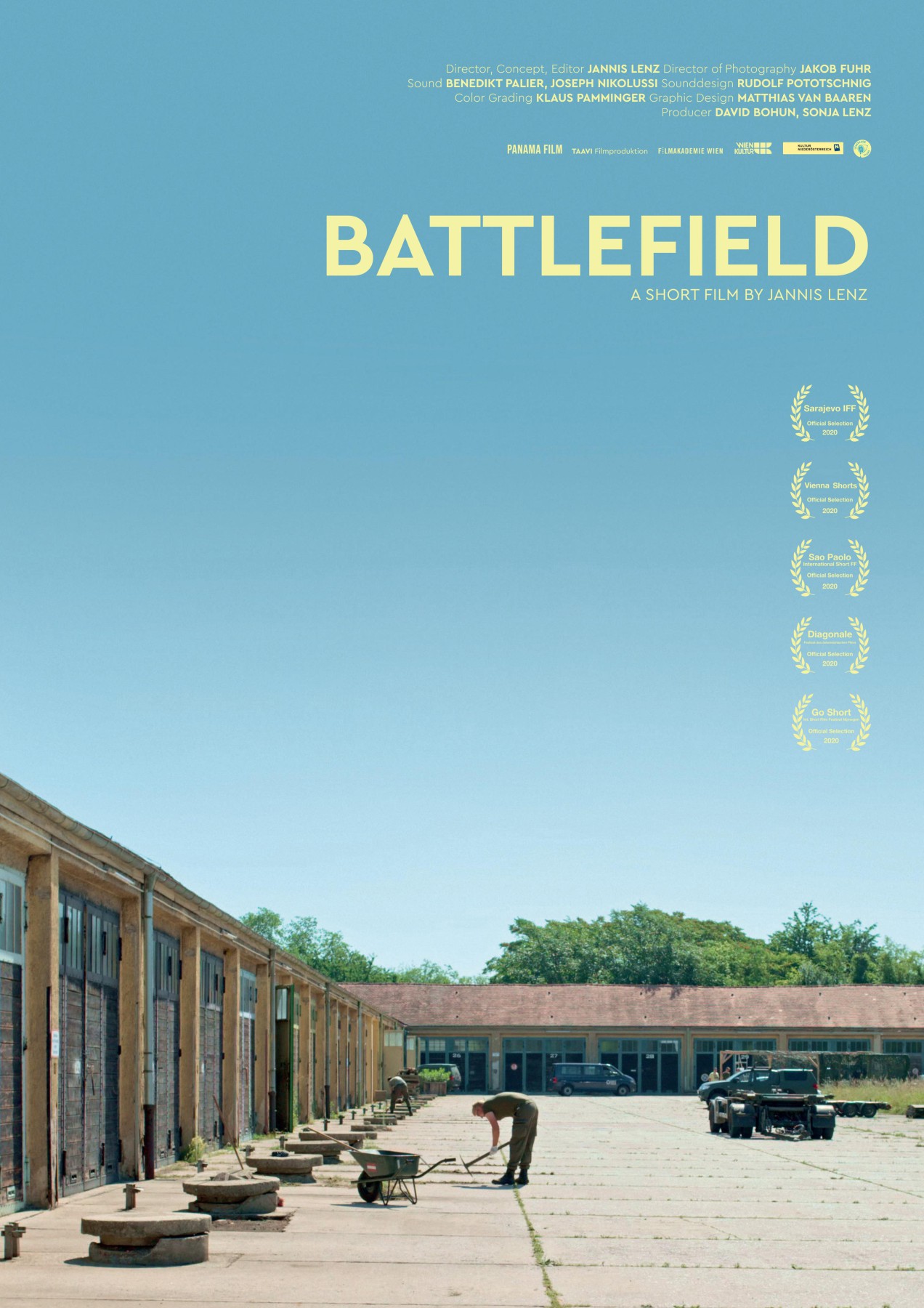 When asked about a filmmaker he admires or looks up to:

➤ “I can’t commit to a single filmmaker, but of course there are directors who have had a direct influence on my work, such as Jessica Hausner or Michael Haneke, from whom I learned a lot as a student at the Vienna Film Academy, or Tizza Covi, who dramaturgically accompanied my first feature-length documentary “SOLDAT AHMET” and with whose work I feel very connected”.

Lenz is currently working on a feature film and a concept for a documentary, while also editing a new short film.