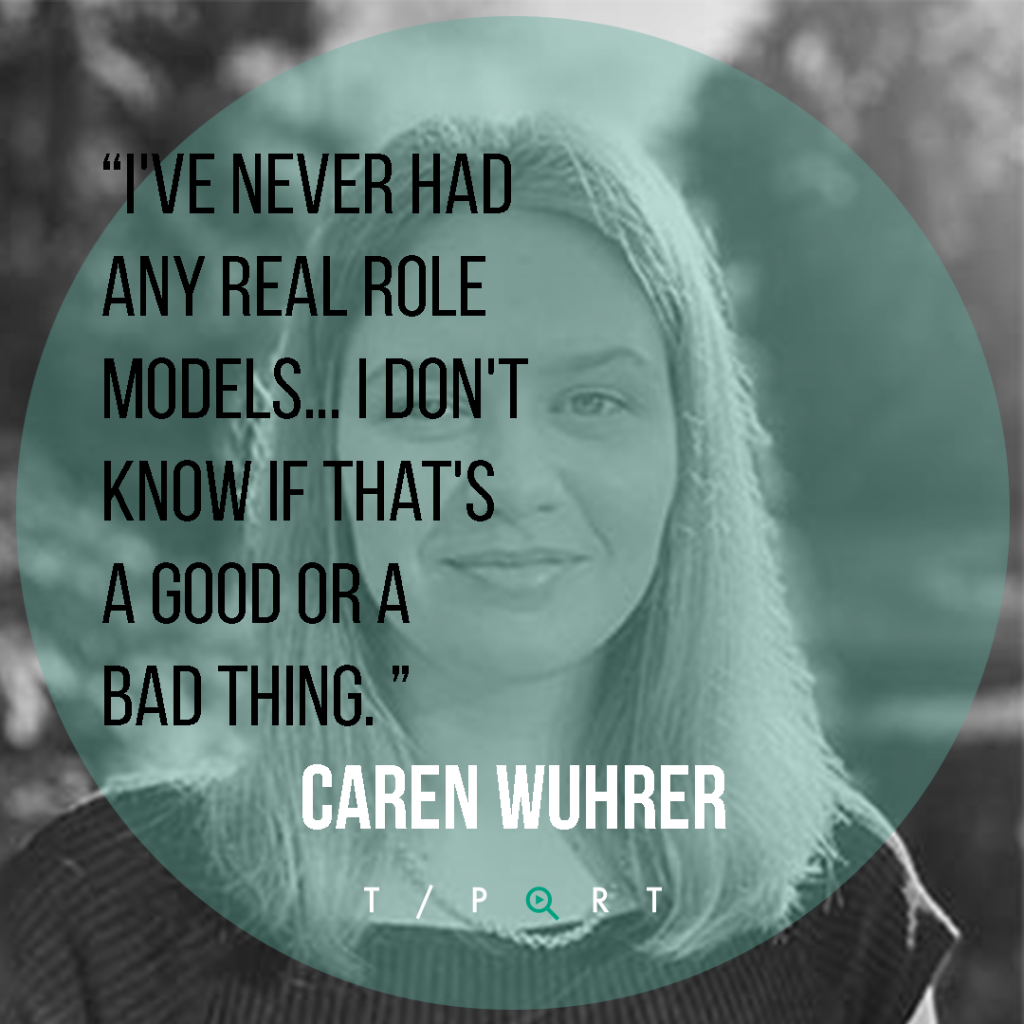 For this edition of the T-Port Filmmaker Spotlight – we spoke to German director Caren Wuhrer, whose short thriller “It Wasn’t Me” is available, presented in our partner Hessische Film und Medienakademie (hFMA)’s catalogue.

Wuhrer is director, producer, and writer of “It Wasn’t Me” which she shot during her studies at the University of Art and Design in Offenbach am Main. She earned a master’s degree in directing at Hamburg Media School in 2020. She is currently working on her feature debut as a writer and director.

Can you tell us about your first encounter with cinema?

I grew up without a TV. That’s why watching movies in my childhood was always very special… I think that’s definitely one reason why movies and their production are so special to me. Admiring what you don’t get.
I don’t forget watching Billy Elliot as a kid and how much his story moved … and stayed with me.

Where did you draw your inspiration from for your film?

Some years ago I was using the elevator in a hotel in Belgium when a very strange man jumped into it, he was upset and hyperventilating. He was shouting things that I couldn’t understand because we spoke different languages. The next day someone told me that his wife had been found dead in their hotel room and that he had been arrested for murder. The film is inspired by this situation and by the harsh, dreary and grey coastal cities of Belgium.

Back in Germany, I began to research this case and followed the trial of the man in the media. Until today it’s not clear what happened exactly in that hotel room and if this man is a murderer or not. Somehow it drove me crazy that I didn’t get an answer to this and that he’s the only one who knows the truth.

Tell us a bit about the filmmaking process – what were your main insights?

Firstly, that a good and exciting initial situation is a good basis for a film, but without a good story to tell around it, it’s worth nothing. Secondly, that it’s not so easy (but necessary) to break away from what you’ve experienced and put it into new contexts.

To be a producer, writer, director and editor in one person.

Tell us about the sound choices in your film – what type of score did you use and why?
I started working with Daniel, the music composer, while I was writing the script. The film does not correspond to one genre and therefore we wanted to dare a genre mix with the music as well. The first version of the main theme was ready when we started shooting. So the main actress, Elzemarieke, and I could always fall back on the music to get us in the mood whenever we needed it.

Tell us about the visual choices in your film. What were your main goals and techniques in creating the visual style of your film?
I met Flo, the cinematographer, shortly before we started shooting. We didn’t have much time to get to know each other but luckily we found a very good way of communication. I had some key visuals in mind which were very important to me. Based on them we developed the camera concept in close collaboration with David, the art director. It was very much about colours.

What would you like people to take away from your film?
The silent unspoken things.

Tell us about a filmmaker that you admire and why?
I’ve never had any real role models – and until today I don’t know if that’s a good or a bad thing. But I’d love to hang out with Phoebe Waller-Bridge sometime to find out if she’s as cool as the stuff she writes.