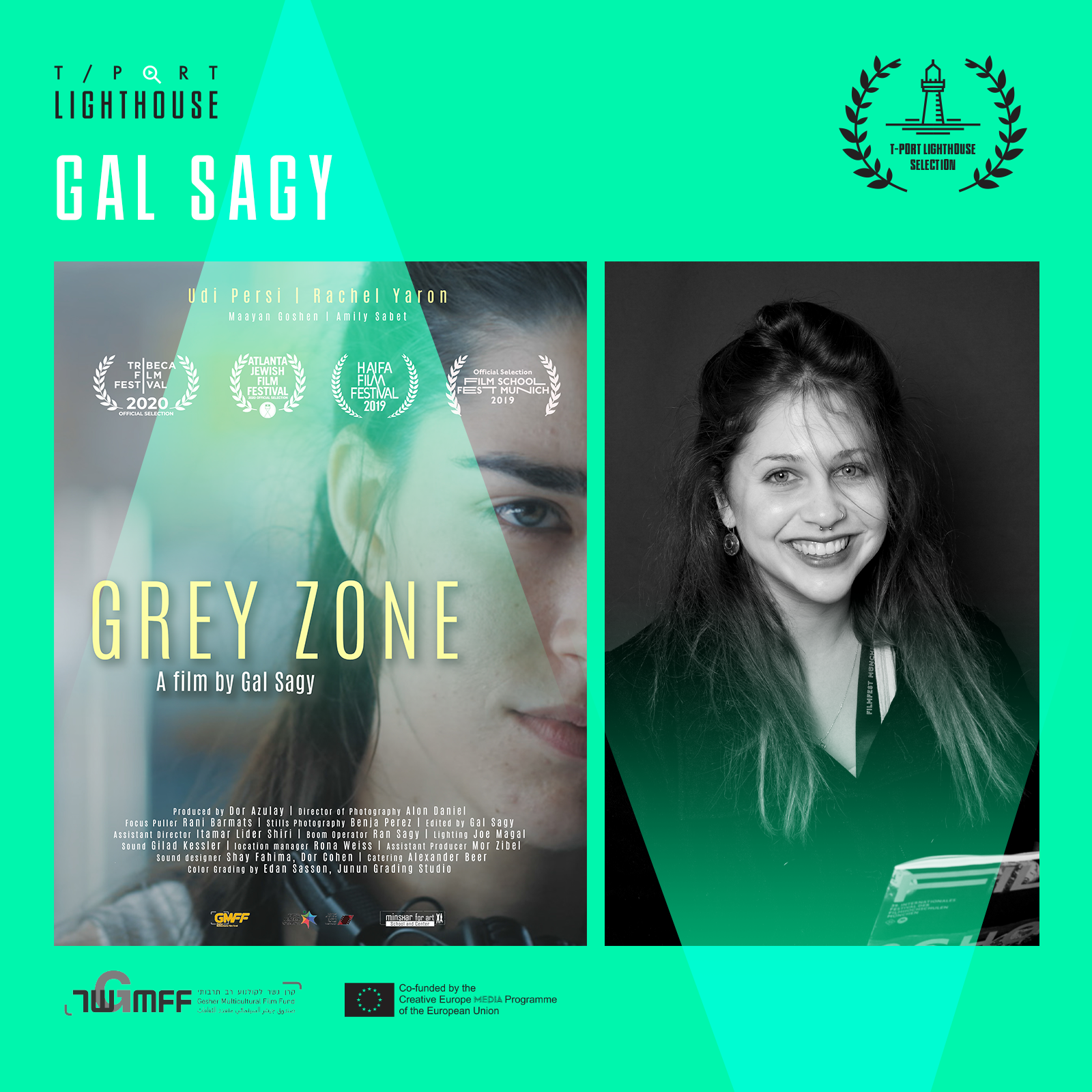 Gal Sagy’s short film, “Grey Zone“, has become some what of a festival star, with selections to various festivals including Tribeca, Torino Short Film Market, and more.

Now, as the film was selected to the 2020 T-Port Lighthouse Selection by curator Kathleen McInnis, we got a chance to talk to the young filmmaker to find out more about Gal’s work, artistic vision, and the ways T-Port helped her distributing her film.

My name is Gal Sagy, a 28 years old writer-editor-director from Tel Aviv. I graduated with honors from the Minshar School of Art film studies department.

My short film GREY ZONE was created during my final year of film school. It is based on an incident I had several years prior, while I was simply jogging through the streets of the city when a stranger touched me without my consent. It was only after my film was recognized and viewed by a large audience that I realized the incident’s true significance. I learned how common this issue is and how many women (and men) have experienced the same thing.

Through the T-Port platform my film was able to reach audiences through various film festivals. It always makes me happy when I get to reach new audiences

My future plans are to keep directing, editing and writing – no matter the platform. Creating Is what makes me happy.

“Grey Zone” is available on T-Port