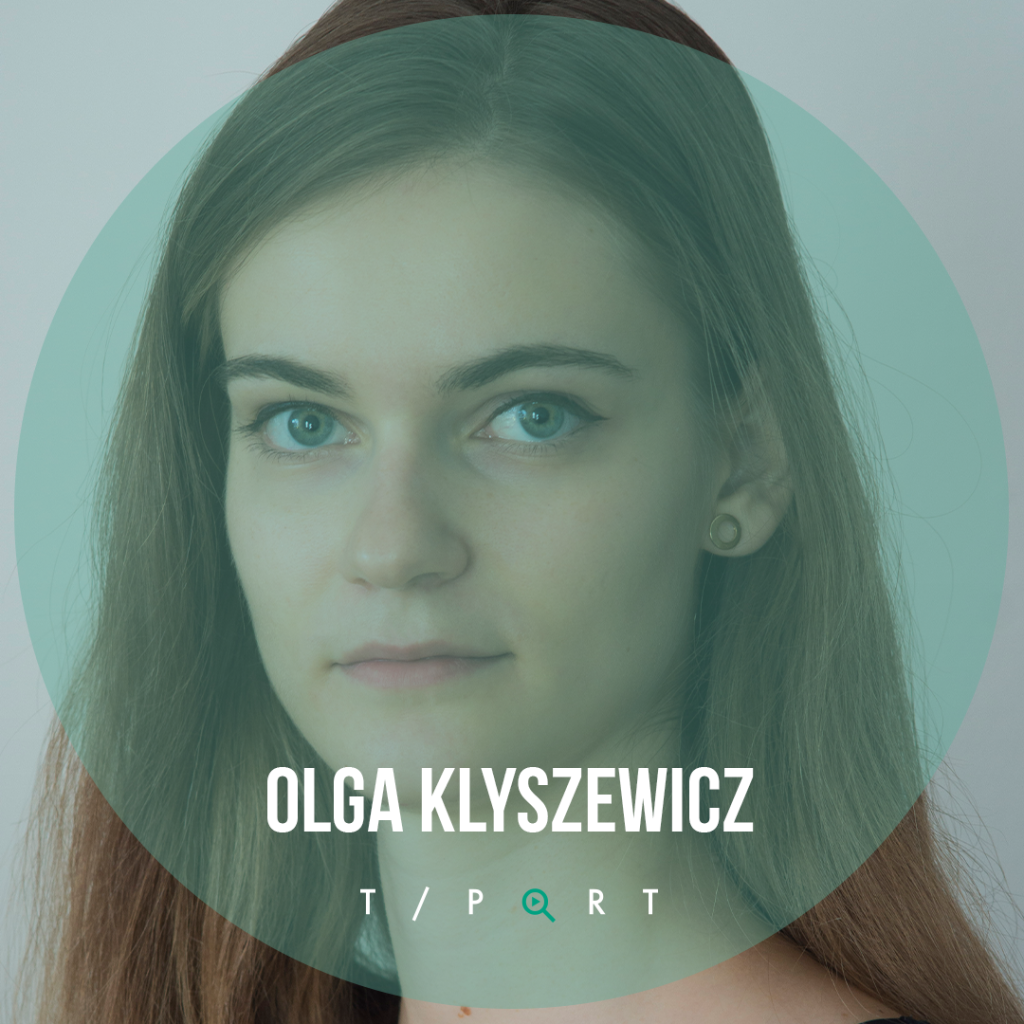 It’s going to be a busy fortnight for director Olga Klyszewicz – whose short film “We Are Not There Tomorrow” premieres as part of the Selection La Cinef at Cannes 2022. We caught up with her to find out how it felt to find out and what this means for her filmmaking future.

I am almost 28 years old. I always looked at myself as an ordinary, unremarkable girl. Probably after the premiere at such an important festival, it’s time to finally believe in your abilities! 🙂

Currently, after finishing my diploma film, which I will show at the festival, I am taking a break from realising my own projects. I am animating other people’s films. I recently finished working with Joanna Kozuch and her film “Once there was a sea…”, now I’m working with Tomek Popakul on a very interesting film “Winter” and I also plan to cooperate with Piotr Milczarek. I enjoy working on other people’s projects because it is relaxing and can teach me a lot!

What is the title of your film that made the Cannes selection? What is it about?

My film “We are not there tomorrow” tells the story of two heroes who, although very different, are able to help each other. Sometimes such meetings can leave a mark on our whole life and influence our view. This is what my movie is about.

Where were you when you found out about the Cannes selection and how did you react?

As usual, I was sitting in my little apartment with my boyfriend. When I read the e-mail, I couldn’t believe it! My boyfriend hugged me and cried with joy and the message did not reach me for a long while!

What are you going to do after this and what are your dreams for the future of the film industry?

As I said, now I’m resting! I’m not good at planning and I try not to look too far into the future, it can be very stressful 😉 Living in the present is much more enjoyable! But all the time, as soon as I have an idea for a film, a shot or even an interesting frame, I note everything down and perhaps, as usual, I will be able to make a film out of these disordered fragments 🙂

What first sparked the idea to make this film?

During one of the outdoor student trips, I sat in front of a burning fireplace in the evening drinking hot tea. I imagined a scene where people are sitting in complete darkness, lit only by the fire in the fireplace, and having a deep discussion that will change their lives. And as always, in a completely unexpected moment, the idea for a film was born! 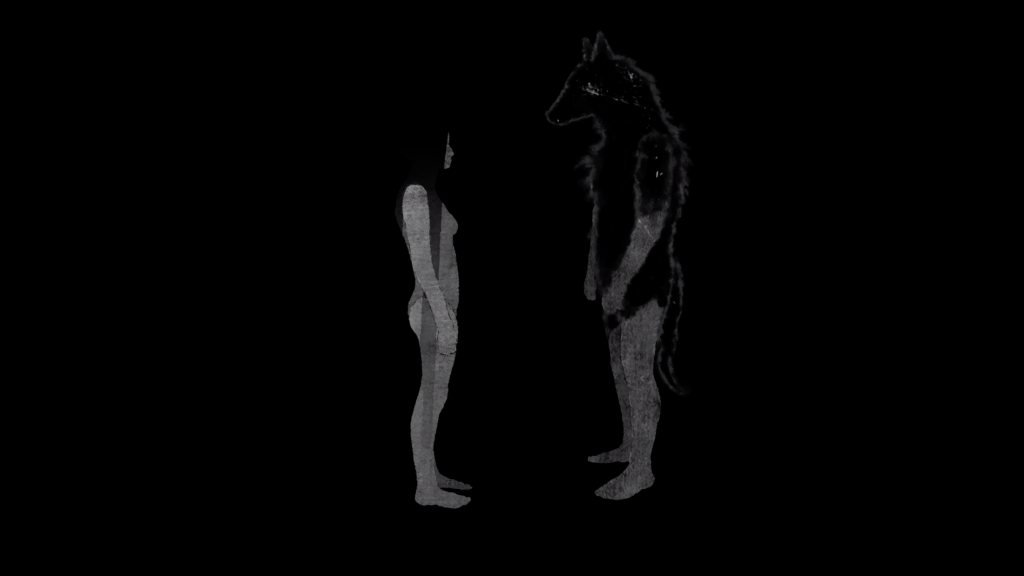 Where did you draw your inspiration from for “We Are Not There Tomorrow”?

I drew inspiration from everywhere. I am not able to specify what exactly influenced my film, because these are ordinary everyday elements such as nature, relationships with people, movies, books, and drawings. Everything that surrounds me and what I have contact with every day!

For example, let me say that the idea of the visual arts of my film came about when I accidentally found X-ray pictures of animals on the internet!

The process of making this film took quite a long time. I started it during the first wave of the pandemic. During these two years my idea has evolved and changed dynamically! I remember that at the very beginning the main element of the movie was the fireplace where the characters were sitting, but in the end I removed it which was a good decision! I talked very often with artistic supervisor of my film Joanna Jasińska-Koronkiewicz, who helped me very much by craving ideas and throwing new ones in! Refining the script was also a very interesting, but complicated process.

Working with myself is always the biggest challenge for me. When I work on a film, I have to be disciplined and patient, and sometimes that is against my nature! Very often I have a lot of things that I would like to do and it took self-denial to deal with one project for so long!

What type of score did you use?

The music in my film was specially composed by Bartłomiej Orlik. As an inspiration, I sent him various songs, e.g. from movie soundtracks or interesting sounds that I found on the Internet. When it comes to music, I am always quite demanding, so the composer was forced sometimes to correct certain sounds several times, but the cooperation went well and I am very happy with the result! 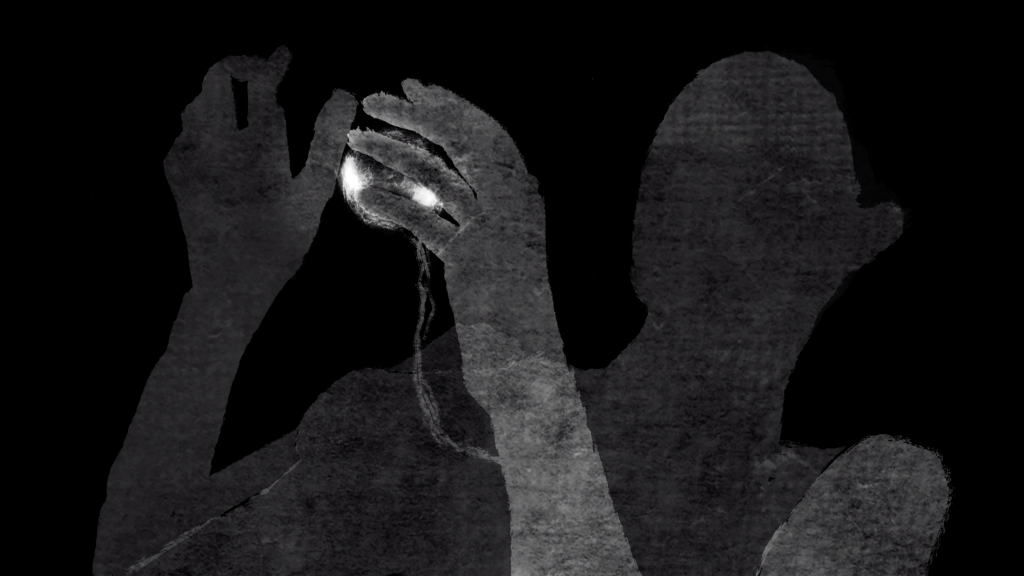 At the very beginning, I thought about doing a cutout animation, but due to the pandemic, I decided to use computer animation. However, I decided to obtain a cut-out effect and I constructed the characters in the film so that they seem to be composed of semi-transparent elements, often overlapping each other. This underlines their delicacy and elusive situation in which they found themselves. I also wanted the film to be in black and white and take place in an undefined black space, so that the viewers could focus only on the characters and their emotions. I did that too!

I’ve watched so many wonderful movies and series that I can’t tell which one of the authors is my favourite! Each of the authors makes the films differently, has different manners, the cinematographers approach the shots differently, etc. It’s like pointing to your favourite colour! After all, there are so many of them and each of them looks completely different than when combined with others! 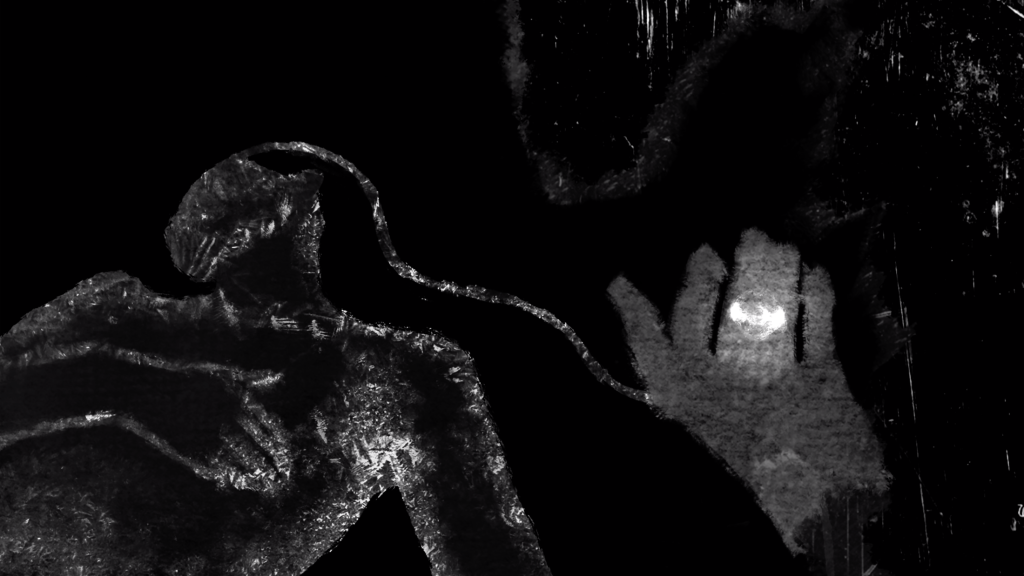 Honestly, I love to sculpt in plastic masses and then paint these figures with my own hands. I think it has a lot to do with the movie, because in both of these things I can create a physical equivalent of what I came up with. I bring characters to life and in the case of animated films I can make them move and sound, and by sculpting I can give tangible form to reality.

Recently I watched the wonderful series “Severance” by Dan Ericson. I believe that this is one of the best series I have ever watched! It has a fresh plot and is polished in every way. Very inspiring and showing how important all the elements that make up a movie / series are, such as the character of the characters, scenery, music, etc. It all has to be consistent with each other and then something really good will be created. I highly recommend watching this series!

My film is distributed both by the school and myself. I think the most difficult thing for me is to deal with all the formalities, but thanks to the support from the university, it can be done 🙂

From my perspective, I can say that the lack of experience in working in a team is. For 5 years at the university I was taught to do everything myself and I still work like this. 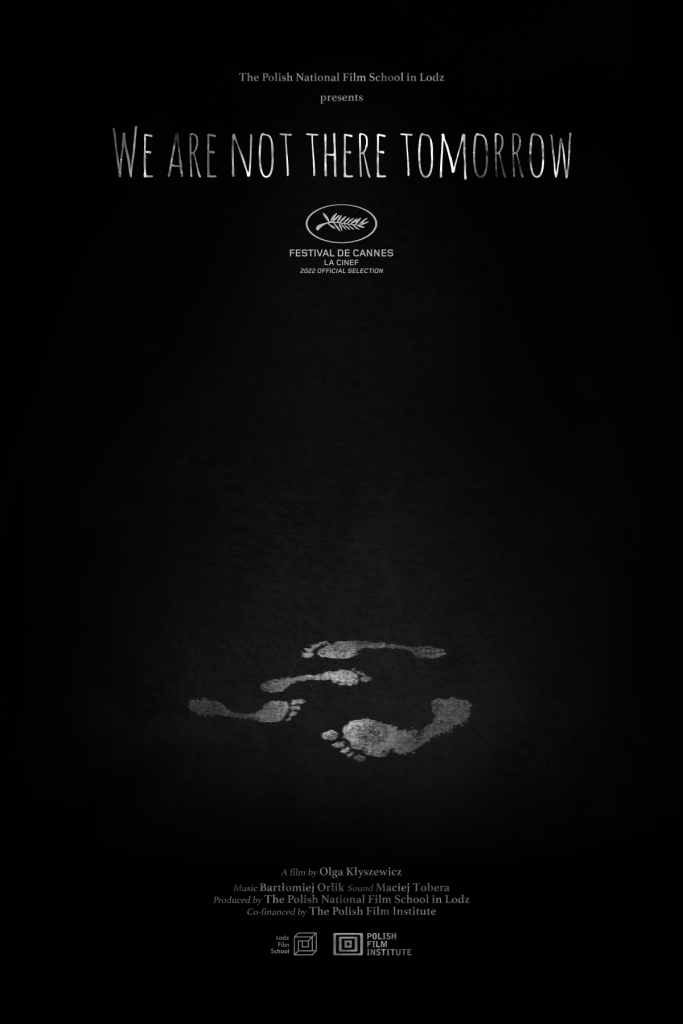