Three of our films were selected this year for the Jerusalem Film Festival.

“Image of Victory is an intimate and complex insight into a family going through challenging times, while being displayed in the public eye”.

Two additional films were selected for the Van Leer Competition for short films:

Veil by Orit Fouks-Rotem- (T-Port Selection) and Netek by Yarden Lipshitz Louz (Sapir College). The film was also selected earlier this year for the Cinéfondation at Cannes Film Festival.

Jerusalem Film Festival is one of the most distinguished and important festival in Israel and includes more than 200 screenings from dozens of different countries around the globe.

Haaertz film critic, Oron Shamir, has shared our passion for these films:

“Much will be written about the feature films of the Israeli competition in the festival, but some of the best Israeli movies you’ll see this year are tucked away in the Short Films category. Many of them will premiere in the festival, though one, Adi Mishnayot’s acclaimed “Image of Victory,” grabbed prizes in last month’s Tel Aviv International Student Film Festival. Another decisive winner that can be added to the list already now is “Veil,” directed by Orit Fouks Rotem (“And You Are Silent”), which was produced within the “Short in the Desert” framework of the Arava International Film Festival. With surgical precision and an approach manifesting expertise in the minutiae of filmmaking, “Veil” (21 minutes) depicts a bachelorette party that lurches out of control. It’s funny, tragic and unnerving” 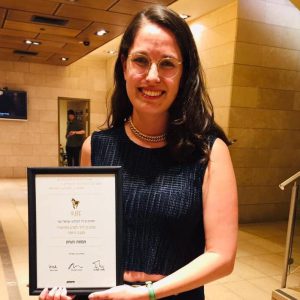