From perfect inspiration to some serious on-set challenges, director Romi Menachem on everything she learned directing ‘Out of Play’

30-year-old screenwriter and director Romi Menachem went through a lot with the cast and crew of her short film “Out of Play”. The film follows Bar (12), a longtime member of the boys’ clique and the class’s soccer team, who is forced to re-earn her place in the team’s lineup. The production faced serious challenges including war, injuries and the eleventh hour replacement of a cast member. We caught up with the director, whose film is on T-Port via our partners at Sapir College School of Audio & Visual Arts to find out more. 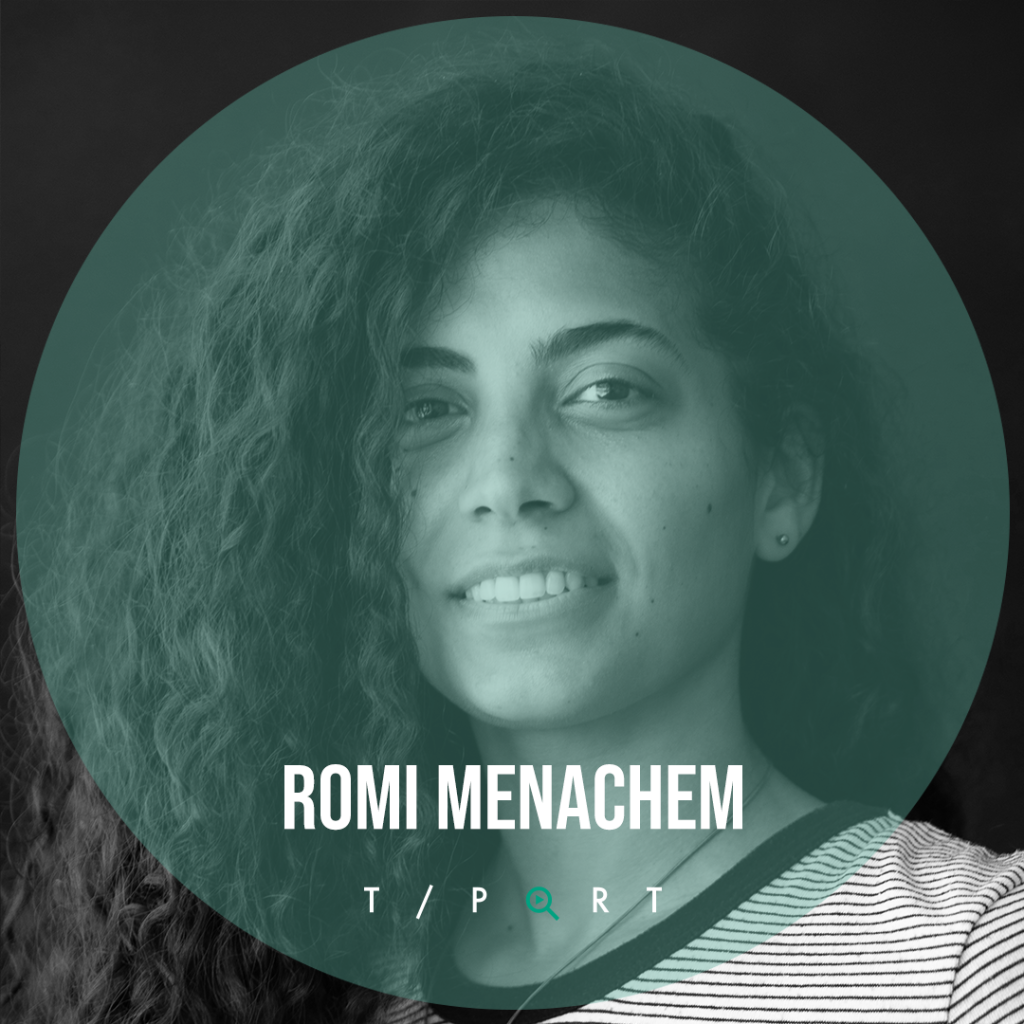 I’m a 30-year-old screenwriter and a director based in Sderot (Israel), a Screenwriting Studies graduate (BFA, Sapir Academic College).

I’m Currently raising funds for my next short film while developing an original TV series.

The film’s characters and atmosphere were based on a period in my childhood, on things I witnessed and felt during that time. So my initial inspiration was my memories. In addition, I wanted the world I present to be current, so during the writing, I was visiting some elementary schools. For several weeks just sitting in classes, absorbing the dynamics between the kids, how they talk, the approach of the teachers, everything.

I admire filmmakers who can convey a strong dramatic essence, dealing with hardcore themes through humoristic storytelling. Those are the things I aspire to, and I appreciate filmmakers who, in my opinion, succeed in doing it in their works. Some Israeli examples are Talya Lavie and Asaph Polonsky. 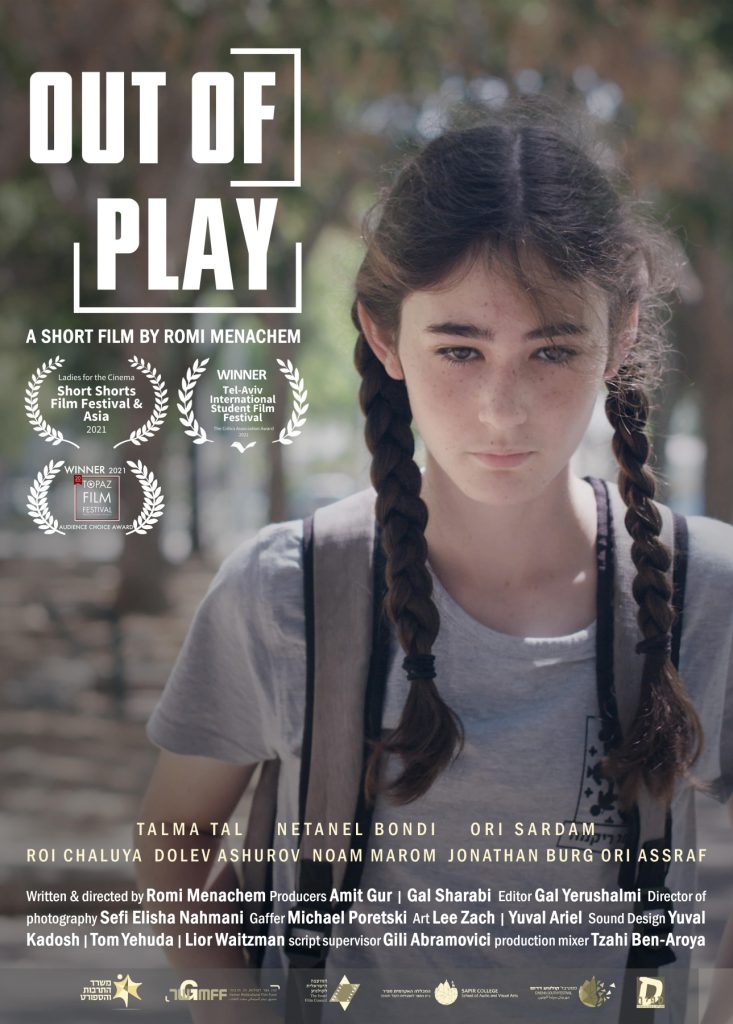 Well, it was a time when I was working on a massive documentary project on a totally different subject, and during all that stressful time I took a weekend off. I drove to a very isolated town in Israel to write a short six page script for a major script contest in Israel where the winner gets funds for production.

It was during school, and the contest wasn’t designated for students, but I still wanted to take the challenge and submit something. I spent the whole weekend there, trying to look for ideas and write a story based on that neglected town.

At the end of this weekend, I had a basic storyline, but while sitting on the bus back home I felt no real connection to that story and decided to give up on that submission. So I was looking through the window, semi-napping, and suddenly I had this vision of a young girl in a class in a sex-ed lesson, horrified by bizarre demonstrations happening there, and several more funny-very-specific situations with that girl at school. I wrote those images on my phone. I went home, typed them all down and miraculously I could see a line between them and a single character I felt highly connected to.

I submitted the script at the last minute and continued with my life. A few weeks later, I got a message that my script was selected for the final stage of the contest. Eventually, it wasn’t the one that won, but it really moved me. This feeling that someone, and apparently more than one person could see something in this script, in this young girl’s story, identify with her situation, and feel her pain.

For the first time in my life, I felt I could deliver those strong sensations I had when I was that age and the difficulties I had to deal with. It was a big thing for me.

For the next few months, this script kept popping up in my thoughts. Thinking about it made me thrilled and excited much more than the documentary I was still working on at that time. It took a while, but I finally decided to quit documentary -filmmaking and went full power on making this film as my graduation project.

From there, the plot completely changed. It became longer, going from 10 minutes script to 25 minutes script (then 20 minutes at post-production). Only a few iconic moments stayed as they were in the original script, like the sex education lesson scene, the fighting scene, and “Bar going home with the can in her leg” scene. 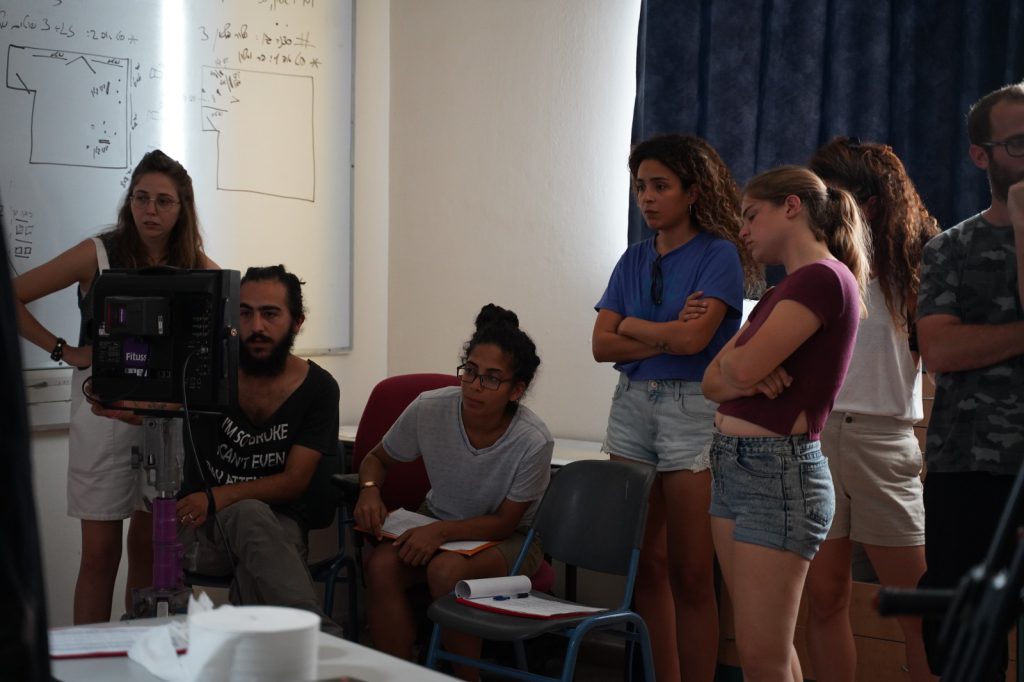 Tell us a bit about the filmmaking process –  what were your main insights?

The main actors of this film were 11 non-actors kids (plus 3 adult actresses and over 60 child extras), which this film was their first shooting experience ever.

The whole  process of casting, matching, rehearsing, and shooting was interesting and full of insights, practically and psychologically.

My main insights were that a gut feeling is probably the most concrete feeling you can and must rely on while casting kids. When you feel it, there’s no room for hesitating or re-thinking.

Each actor is different in a way humans are different from each other. So, especially with kids actors, you must find the right approach to direct each one of them. Some will react best to physical instructions, while others will have to know the inner quest of the character in order to perform. You must understand what the needs of your child actor before shooting days. 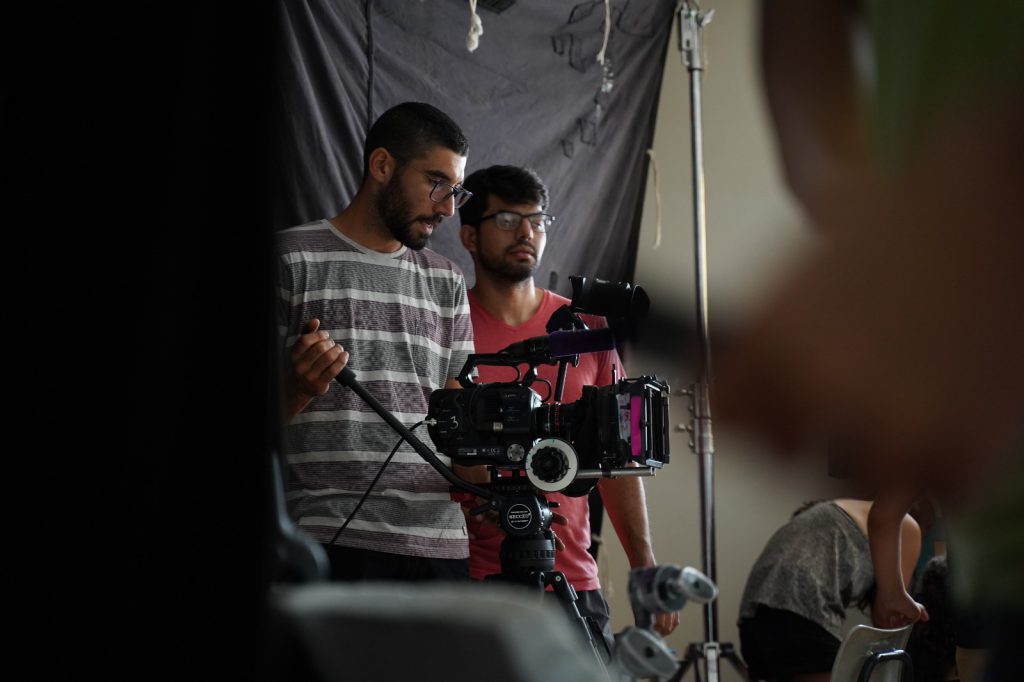 What were the biggest challenges you encountered during filming?

Abstractly: to accept things that are not “perfect” as I imagined, and trust the editor he could fix everything and make it work😊

Specifically: The Israel-Gaza conflict arose a month before shooting dates, which meant that missiles were falling all around the area where the actors lived and next to our main shooting location.

Rehearsals were cancelled and we had a genuine concern regarding the feasibility of the production. We had to take the risk and stay with our initial dates hoping everything would calm down, OR postpone it to “we don’t know when”, because our cast, extras, and location could be used only during the summer break.

A kid actor being replaced 3 days before the shoot.

The main actress Talma, sprained her ankle in the middle of the football match scene shooting day, right before filming her heroine goal shots. We had to execute some of the most known cinematic camouflages in order to continue shooting.

We were literally kicked out of school (our base location) in the middle of the shooting, so we had to find an alternative school to shoot in for the remaining 4 days (half of the shooting days).

The actors’ voice changes between the shooting and post-production periods when we had to execute ADR (Additional Dialogue Replacement).

A world pandemic during post-production. 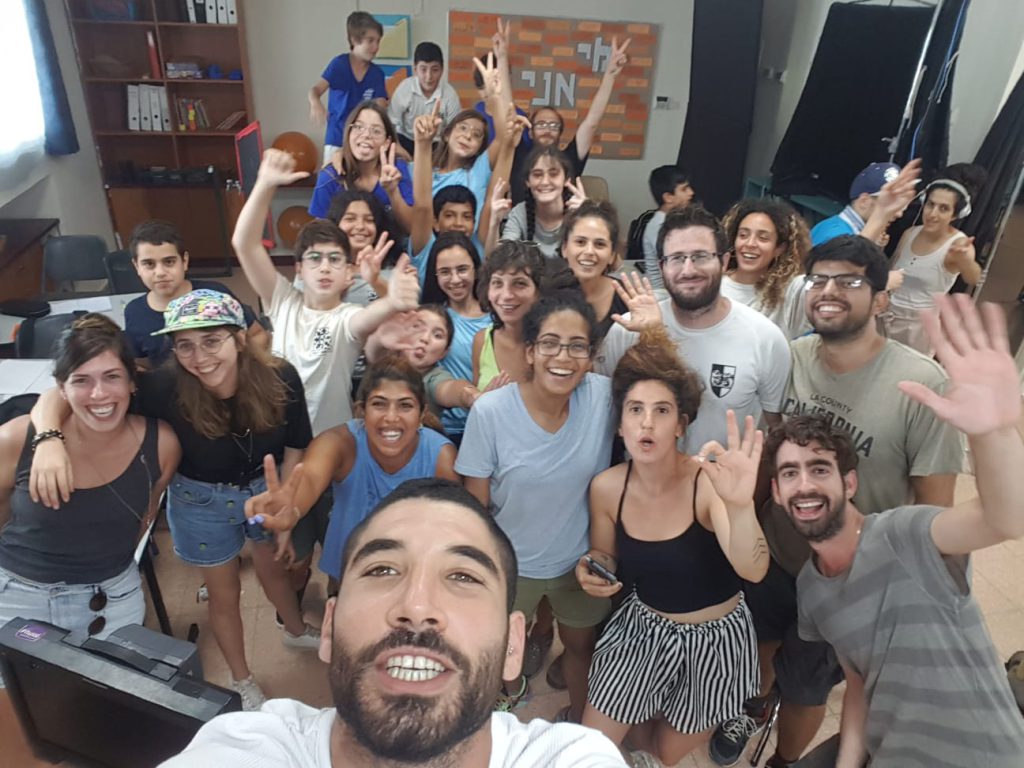 To be able to make a living from screenwriting. To execute my next short film. To write a dramedy TV series that would be produced.