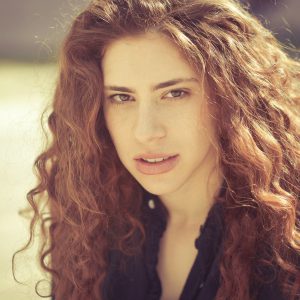 Yael Nivron is an actress, writer and an upcoming film director. Moving between these roles, Yael hopes to explore and expose societal taboos and powerful moments in one’s adolescence – which is embodied in the unspeakable moments of everyday life. Her work includes, among others, the theatre play ‘Melting Pot’ about a neighborhood brothel which she co-wrote with the renowned Israeli playwriter Joshua Sobol. Yael is greatly influenced by Robert Bresson and Céline Sciamma. She is inspired by modern dance as she had been a modern dancer for 12 years in her early years. Yael is currently debuting as a director and screenwriter for the short film BOYDEM. In addition, she is working on her first feature film.

This particular summer, at an age that falls between childhood and young adulthood, while their grandparents are taking their afternoon nap, Keren and Noam play games in the attic (“Boydem” in Yiddish) that introduces them to a new level of intimacy.