The Maaleh School of Film and television have received two awards at the Jerusalem Jewish Film Festival (19-26 December 2019) at the Israeli Short Competition.

“The viewer of Pop 30 is swept into the filmmaker’s world, through a series of clues and extraordinary art work creating the backbone for the film’s plot. The film, along with Dafi Alpern’s excellent performance, presents a modern orthodox feminist hero who chooses to navigate her life in an independent manner, while corresponding with elements from a fantasy world. The film makes thoughtful use of outdoor location footage, placing the city of Jerusalem as an inherent protagonist in the plot”.

“The jury members have decided to grant an Honorary Mention to Liel Sharon’s film, Simple Things, for a gentle and mindful gaze at the subject of arranged marriages in the ultra-orthodox community through Maya Levy, a newly-orthodox Jew, who left the kibbutz life and has sentenced herself to the Sisyphean task of establishing a Jewish family unit. The film succeeds in establishing the tension between Maya’s desires and the difficulties that come her way”. 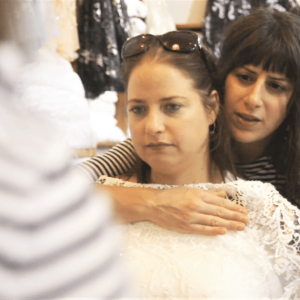