We are excited to announce this year’s T-Port Lighthouse Selections guest curators, these two industry experts have been specially selected because of their dedication to short film curation and advancing the art form of short films. 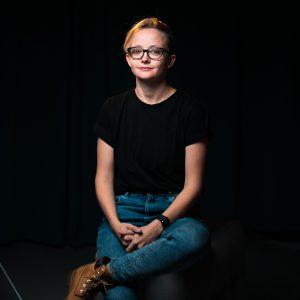 Olha Raiter is the Program Director and Co-founder of Lviv International Short Film Festival, one of Ukraine’s most visible and influential film events.

She graduated from the Ivan Franko National University of Lviv in Slavic Philology, Cultural Studies, and Lviv Business School.

She once worked as a film commissioner, tourist guide, copywriter, and waitress. Currently a curator and program manager of America House Lviv, she is also a contributor to the Big Short online cinema, a place for short films in Ukraine. Olha is a member of the Ukrainian Film Academy, SOFA alumni, and part of the world’s Aspen Community Ukraine.

Because of the unfair and unprovoked Russian-Ukrainian war Olha and her family had to relocate to Lisbon, Portugal, and now is based there for the foreseeable future. 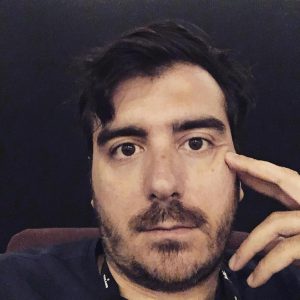 Enrico Vannucci works as programmer and member of the selection committee of Pardi di Domani at Locarno Film Festival. As well he works as artistic director of Torino Short Film Market (TSFM), which he co-founded in 2016. He has been working in film festival programming teams since 2010 and from 2014 to 2020 he was appointed short film advisor at Venice Film Festival and he was a member of the selection committee at LIM – Less Is More for several years. In the past he has written essays on the short and feature film festival ecosystems and covered major film festivals as a journalist since 2009. In August 2018 together with Carla Vulpiani he co-founded Varicoloured, a holistic short film agency. Since February 2020 he is a board member of Talking Shorts, an online film magazine dedicated to short films. For the outlet he hosts a weekly podcast called Short Talk. At the start of the pandemic in March 2020 he developed the idea of the online fundraising event My Darling Quarantine Short Film Festival. In 2021 he became a member of the European Film Academy.

We are Seeking the Future of Film – Submit Your Short Today

T-Port films are only accessible to professionals, so your premiere status will not be affected.

Stake your place in the next generation of filmmakers waiting to be discovered for only 15 Euros / year. Find out more on our website and get started with T-Port today. Check out last year’s selected films.