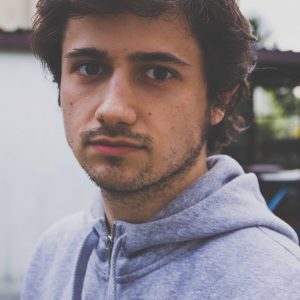 Born in 1991 in Warsaw. Graduated from culture studies at the University of Warsaw, currently 5th year student of film directing at the Leon Schiller National Higher School of Film, Television and Theatre in Łódź.

2017, All of the animals at the side of the highway (short fiction)

2016, We Get Along Beautifully (short documentary)

We Get Along Beautifully

Kasia (19) and her boyfriend Emil (21) truck driver, decide to quit their job and together start earning money, by selling their intimate life on the internet.