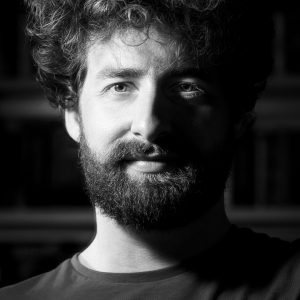 Lucas graduated in 2011 from the Netherlands Film Academy in Amsterdam. Since then he made several award winning Dutch short films like “Green”, “Glimp” and “Deadwood”. Then he went on to direct 50 episodes of the popular Dutch youth series “Spangas”.

During the lockdown for the coronavirus in 2020, the shoot for Wall #4 was delayed and Lucas had the chance to make another short film “No Dog in Amsterdam”, which went viral on the internet and won the audience award at Shortcutz Amsterdam.

Lucas loves surprising the audience by showing them magic in places they don’t expect it.

My Vision
I want the audience to reflect on its own role as spectator in the viewing of the film, by giving them something they don't expect.
My Website

When a cinema audience starts mocking the film they're watching, the events in the theater take an unexpected turn.