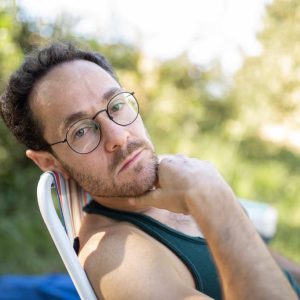 Hillel Rate, 30 years old, currently lives in Jerusalem. He was a film student at the Ma’aleh School of Television, where he directed four short films that screened in many film festivals around the world. He is currently completing his MA degree at Tel Aviv University, majoring in Documentary Cinema. Hillel is currently working on his debut feature film with Transfax Production company.

I Asked Him to Take Me Dancing

An intimate portrait of two individuals on their search for love, and the mourning that comes with finding it.

Chile is burning and I only see blurry images

There’s a Prison on Fire in the Forest