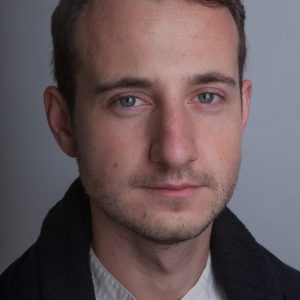 Efim Graboy is a young and emerging filmmaker. He was born in Russia, Kazan in 15th January 1989. July 1999 his parents decided to leave everything and immigrate to Israel.

To express his feeling and release his emotions, at the age of 16, Efim took a mini dv camera and started to film his parents on a daily basis, he captured a big amount of heartbreaking scenes that later became part of his graduating high school film, Land of Milk And Honey, that won second place in DocAviv 2007 International Documentary Film Festival in young competition. After that Efim continued to film his parents for four more years and in 2000, he made his first professional documentary movie, Home Sweet Home, founded by NFCT, The Second Authority for Television and Radio and Educational Channel. That movie was about his relationship with his father during an immigration period. After the movie won international film festival, BESTSHORTS, in USA, and was screened in Channel 2 and 10, local Israeli channels, Efim put his mark as one the youngest and promising Israeli filmmakers.

His is alumni of The Steve Tisch School of Film and Television, Tel Aviv University.

Worked six years as an editor and director at biggest Israeli sport channel. In 2012 he created a short experimental film, Minilook Kiev, about one day in a life of Kiev. That movie became worldwide popular with around 1 million views and later was sold to UEFA, EPSON and DW-TV.

Efim continued to make animation and fiction and in 2013 he made a short movie, Life in a Plate, stop motion animation that made only from food, founded by NFCT in cooperation with Logi Kids Channel and Herzliya Museum of Contemporary Art.

In July 2015, Efim participated in program that called “Looking China”, which collected talented student directors from all over the world in order to make a movie about Chinese culture. Efim made a movie, Bird of Paradise, about capital of Shaanxi province, Xi’an. After it, Lamps Lit on a Towpath, short fiction was made. The film was in Official Selection at Palm Springs International ShortFest 2016, the biggest short film festival in United States. Was official selection of NYJFF 2017 in New York, Festival du Cinéma Israélien de Paris, FIC AUTOR in Barcelona.

In June 2018, Efim finished his short documentary, Valley of the Rulers, was made in a co-production in Serbia, as a part of documentary film camp, Interaction. The film is a poetic and metaphysical view on a daily life routine in a distant nursing home, on a top of the mountain in Uzice, Serbia. Film was selected to Big Sky International Documentary Film Festival, Atlanta Film Festival and Tel Aviv International Students Film Festival.

Now Efim is in production process of his first feature documentary film, The War of Raya Sinitsina.

Kuba Morgenstern and Krystyna Cierniak-Morgenstern were married 52 years. After his death, Krystyna isolated in a house that reminds her about him. The film portrays loneliness, by reviving memories, secrets of one of the most famous polish directors

A Chant for a Groom