Dana’s project was chosen as the T-Port representative for the Talent Village as part of T-Port collaboration with Les Arcs.

T-Port supports this year’s winner of the Talent Village with a prize of 1500€.

We’ve been very much impressed by the courage of the director, who exposed personal vulnerability and pushing the boundaries fearlessly going for what you truly desire while being honest to yourself, as an artist should always do.

This is the second year T-Port has been successfully collaborating with Les Arcs Film Festival and the second year that a T-Port filmmaker has received a prize. Last year, director, Miki Polonski (10 Buildings away, 1 Building, 40 People Dancing) has won the top price of 5000 Euro for his feature project ‘Takotsubo’. 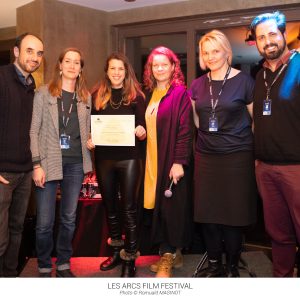 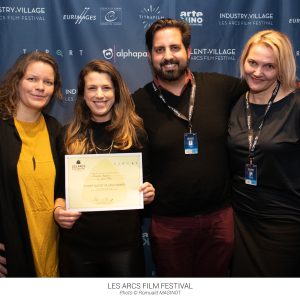