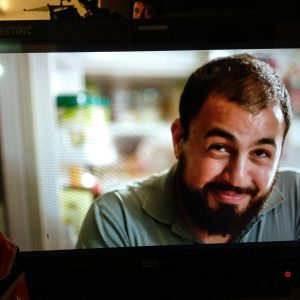 Itay Akirav, graduate and lecturer at the Sam Spiegel Film School and alumni of the Marcie Bloom Fellowship. In 2010 he received an Excellence Award from the Jerusalem Foundation.

His film as a director and writer “Lighthouse”, took part in Haifa film festival, Edinburgh film festival, Interfilm and Short Shorts and distributed by OpenDDB.

Akirav is currently in post-production as a producer with “Africa”, a feature film by Oren Gerner That won the first prize at the pitch-point (wip) at the Jerusalem film festival and at the cinelink (wip) at the Sarajevo film festival. The film Will be released in 2019.

In addition, he’s at pre-production of the feature films “Life without credit” by Tom shoval and “The Sibyl” by Zuzanna Solakiewicz that Participating in the Sam Spiegel international film lab.

Until recently considered the prodigy of the Israeli poetry, she was surprised to be rejected after publishing a book on the experience of rape. Now, in an apartment in Berlin, Hila Lahav is searching for the home she’s left in the memories and words