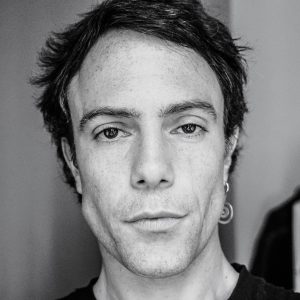 Adriano Giotti directed short films that have received various awards in Italy and abroad, in particular “Mostri” was nominated for the David di Donatello and his latest short film “Esseri di Stelle” was produced by Rai Cinema. His first feature film “Sex Cowboys” won Best Italian Film at the RIFF – Rome Independent Film Festival and was distributed first in Uk, Germany, Australia, South Korea and then in Italy.

My Vision
I wanted to tell the harsh reality of those who remain out of prison, people who still serve a sentence, especially when prison is in the midst of love and family.
My Website

Sandra and Jessy have lost their home, for Sandra it's not easy to carry on the family with her partner in prison. Sandra will have to make a difficult decision.