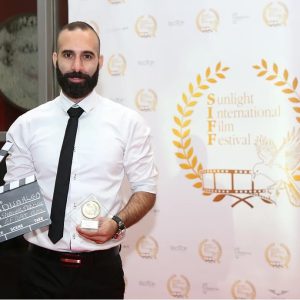 My Vision
a Film is all about character. No matter the length, style, or format - if there is no character arc, goals & conflicts, the film is gonna suck.
My Website

Lior is a disabled veteran, who is grounded to a wheelchair. After three months in the rehabilitation department, he doesn't believe he would walk again. His perception changes when Inbar, a funny and cheeky girl accidentally enters his room.