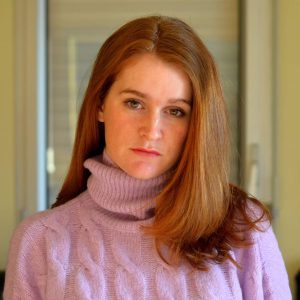 I was born in Saint-Malo, France, on August 1995. Creation has always represented a necessity in my life, a way to “save” the world around me, make the present eternal, by capturing it with different mediums : from drawing to painting, including photography and filming.

I have lived a very happy and fulfilling childhood, despite a trauma experienced when I was about 8, which will not wake up until much later, during the first year of my higher studies in Paris, in 2014. I was at that time on literary preparatory class for the grandes écoles when I decided to pursue studies in the cinema with a cinematograpic license at the University of Paris Diderot and then a Master in Filmmaking at the Paris 8 University.

I have embarked on these cinematographic studies with a very specific idea in mind : making a film about my story, in order, at the same time, to overcome it. The film The age of reason is the result of these years, a film about rape trauma and a way to overcome it by speaking. This first film has represented a real theraphy for me. It permitted to me to make a clean sweap of the past and to open a new chapter in my creation.

The age of reason

A teenager whose life has always been governed by the trauma of a rape experienced in her childhood is confronted a second time with an event of the same order. By speaking, she overcomes it and meanwhile she readjusts her perception of her body.

Trumpets in the Sky

Send me an Angel // Sapir College