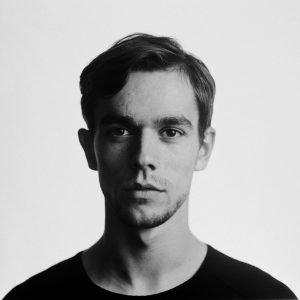 After he finished school in 2010 Andreas started working as a film editor for directors such as Enrique Sánchez Lansch in Berlin. In the meantime he made his own short films which were shown internationally and broadcast on German television (ZDF). One of his short films CAMOUFLAGE was part of the official selection of Palm Springs int. Short Fest, Frameline 39 San Francisco, Thessaloniki int. Short Fest, Iris Prize Festival, IFF Reykjavik and many others. His Film Positive feelings which took over 5 years of filming won the first prize at Deutscher Jugendvideopreis 2015.

MADAMA BUTTERFLY was a totally different project – a string puppet film he made in collaboration with Lea Najjar. This film was shown on more than 65 festivals worldwide. His latest film BLIND AUDITION is about two violinists being a couple and competing for the same solopart. The film was in competition at the Tribeca Film festival, shortlisted for the student BAFTA-Award and nominated for the German Short Film Award.

At the moment Andreas studies fiction film directing at the Filmakademie Baden-Württemberg in Germany.

Sara endured many years in a relationship full of control and violence. As she and her family goes on vacation, an opportunity to break away suddenly presents itself.