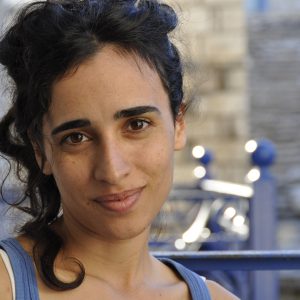 Born and raised at upper Galilee in the north of Israel. Graduated with honors from the Sam Spiegel Film School, Jerusalem.

Her four short films participated in international film festivals in Israel and abroad and won a series of awards.

Her graduation film “Babaga” participated in numerous film festivals, including the official competition of Cannes Cinéfondation 2013 and won 4 award for best short.

My Vision
The film "Mother of" deals with the moment a mother understands that someone has hurt her child and the myriad of feelings manifested in her response. In creating this film I was interested in revealing a moment in time wherein the mother must take decisive action in facing a compelling situation. In "Mother of" I choose to address and reflect upon the mother's emotional bond with her child.

Gabriela is thrilled when she finds a baby alien in the forest- she always dreamed of having a daughter.

Alex & Nadia For ever