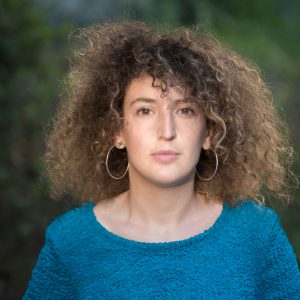 Born in 1987 in Jerusalem and based in Tel Aviv, Sharon graduated from the Sam Spiegel She works as a director, scriptwriter and casting .Film and Television school, Jerusalem director. Her graduation film, “Night swimming”‘ participated in multiple film festivals. She’s developing her 1st feature “Cos you’re ugly” and was selected for Cinefondation Residency in 2018 and won several development grants from Israel and from France. “The cosmetician” will be her second feature. She participated in this year Director’s fortnight in SEE Factory.

Two BFF's last outing before enlisting in the army, and it isn't clear where one begins and the other ends. Or what to do when one leaves and the other stays.