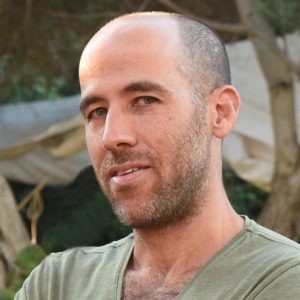 OUTDOORS (2017, 80 min) his debut feature film, is an indie project which he also produced. OUTDOORS premiered at Haifa Film Festival, where it received Best Script Award. The film received rave reviews and was a commercial success in Israeli cinemas.

Currently in Pre-Production for his second feature, THE DELEGATION, which is an Israeli-German-Polish co-production.

Blessed is the Man

Baruch, a loner petty man, is used to be invisible to other people and he is making his living by doing small dirty tricks. Following a friendly gesture, he is confronted by an unexpected judge - a boy who shares a similar misfortune.

Light as a Feather