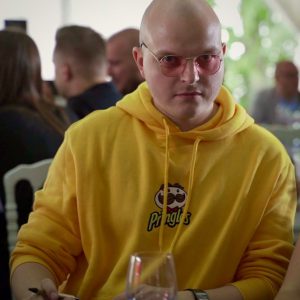 Simon Lyashenko was born 1989 in Smolensk. In 2011 he graduated from St. Petersburg State University. He currently works as a Manager in an IT-company.

A young father preparing for the public protest is distracted by his six-year-old son who has loose tooth. While the father is persuading his son to pull it out, the police comes up to their front door. Distribution & film festivals promotion: cinepr