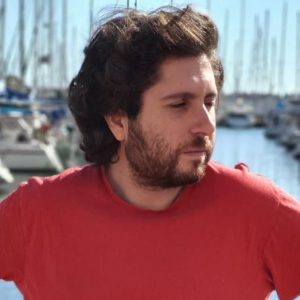 Jordan Agian was born in 4 June 1994, in Tel Aviv (Israel). His family immigrated from Iran and Ukraine to Israel. At age 12 he moved to the Israeli-suburb Mazkeret Batya and learned at art school to edit films.

At age 17 in high-school he learned music and play in Bands.

In 2016, He learned again video editing at the “Open University” – for 5 years he worked and edit TV shows in “Reshet 13” (Israeli Channel)

He shot a 3 short films with the same characters that he wrote for 7 years about his childhood in israel.

A rockband tries to find their way home.