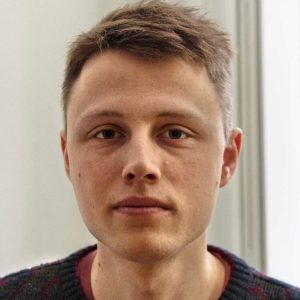 Philipp Schaeffer is a documentary director from Hamburg, Germany. After graduating in philosophy from King´s College London, he spent two years working in between Los Angeles, the Canadian Arctic, and Berlin – on augmented reality projects, a crossmedia documentary about Inuit Youth, and as a teacher of VR filmmaking.

Currently, he pursues further studies in documentary directing at the Filmakademie Baden-Württemberg. His work has been shown at festivals like Sundance or Tribeca and has been supported through funds of Google Daydream and the Film- und Medienstiftung NRW.

My Vision
Telling stories from the fringes of society, the edges of the world, and stories of existential questioning, with and without humour.

The Unicorn in Snowpants Suddenly Ran Off

“The Unicorn in Snowpants Suddenly Ran Off” explores the clash between blind children's fantasy worlds and the reality they live in.

The Dope Years: The Story of Latasha Harlins