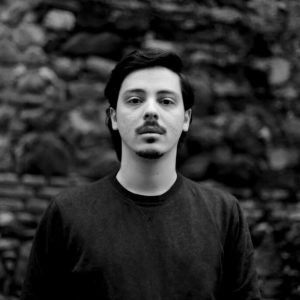 Sertaç Koyuncu was born in 1991 in Ankara. He graduated from the Hacettepe University Ankara State Conservatory Department of Clarinet in 2011 and the Dokuz Eylül University Film Design and Directing Department in 2016. In 2019, he graduated from the master’s programme of the same department. He is currently pursuing his PhD in the Department of Cinema and Media Studies at Bahçeşehir University and working as a research assistant in the Department of Film Design at Yaşar University. His articles, reviews, and essays on horror cinema have been published in cinema journals such as Sekans, Psikesinema, Sinemasal, and Alacakaranlık. His personal and academic research on genre films, film aesthetics, gender, and horror cinema continues. He has worked as an assistant director on feature films and organized film analysis, short film production, and screenwriting workshops in various institutions. His goal is to produce films of international standard in Turkey in the genre Elevated Horror.

DOWNLOAD PRESSKIT
My Vision
Sertaç Koyuncu's goal is to produce international standard films in Turkey in the Elevated Horror genre and he prefers fiction, documentary, animation, and experimental horror films with social sensitivity, whether of short, medium, or feature-length.
Additional Information

Sertaç Koyuncu has written this script when he was doing his obligatory military service. A nightmare that Koyuncu saw when he was in the military, inspired him to write the script. The movie is mainly based on the idea of being stuck in somewhere and its reflections on individuals. The project tries to show the tension between people who must go through a tunnel, in this case, an elevator, to go out from their houses. This tunnel is the critical representation of a single ideology, single political party and single and pure form of life. The emphasis on individual’s deadlock was screened in a way that the space and the construction, aren’t able to deal with. The location of the set was Dokuz Eylül Fine Arts Faculty’s TV studio on first three days of May. The idea of being stuck in somewhere puts down its roots on space’s architecture. The building that is pictured in the movie is similar to former Turkish housing estates, in which most of the poor families or the families who have low-income live. These housing estates were made to prevent squattering and overpopulation. The building manager Miss Bahtiyar keeps on writing petitions to the authorities about the conditions of the elevators. She tries to address that they don’t meet with the capacity of the building and they constantly break down, yet she never gets an answer. Since Miss Bahtiyar has a really low tolerance, is stubborn and dominant, one day she decides to label two of the elevators as not in use. When only one of the elevators function, in a building ought to have three, because of manager related issues, it clearly shows that there is a concrete obstacle to live peacefully. Proving the saying “democracy is a regime of toleration”, the intoleration of the building manager, has finally ended up being a restriction of residents’ right to live peacefully.

One morning seven apartment residents crowd into an elevator due to different reasons. While they were complaining about the building manager Miss Bahtiyar, suddenly the elevator broke down. This incident increases the tension.