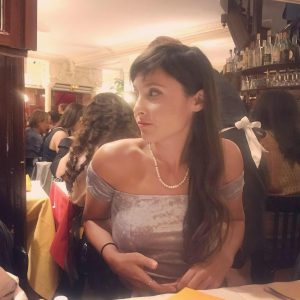 Maayan holds MA in the Multidisciplinary Arts program from Tel Aviv University and  BFA in the Film program from the Tisch film School of Tel Aviv University. Maayan has written, directed and produced award-winning short films that were shown on TV, cinematheques and many festivals around the world. Among others are Honeymoon, Zazaland and One Last Time. Maayan is a film teacher, was the director of external relations of the Student Film Festival’ and Nowadays, She is developing her first feature film: Vacation supported by the Rabinovich Foundation development grant.

During a winter day in a deserted beach, a woman tries to explore new adventures with her husband. However, her plans keep on changing while she is constantly drifting between intimacy and distance; love and loneliness; sex and violence.