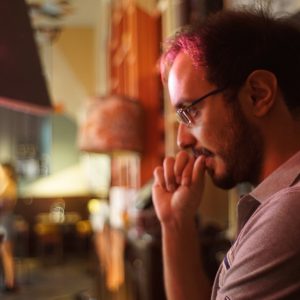 Passionate about cinema and his language since he was a child, at the age of 15 Lorenzo Mannino began to take this journey, always trying to understand what to see and what to watch. He has made several short films at an early age, then dealing with the production of music videos, live concerts, reportages and some commercials. Immediately after graduating in Technological Arts, at the Academy of Fine Arts in Catania, he moved to Milan to attend the Experimental Center of Cinematography in Milan, where he specialized in advertising, commercials and business documentaries, like director and writer in several projects (“Cult City – Lodi”) for the Lombardy region, “Catisfashion” for Eataly) and the “Beermouth” spot for “Baladin Spirits”. Meanwhile he continues to be the video operator for events or the editor in some communication agencies in Milan such as Synapsy, Lalà or Sisma productions. He always cultivates the dream of making films, writing several screenplays for shorts and film projects, specializing in the noir and thriller genre, which often participate in independent festivals. In 2015 his short film “Ct Duel”, an urban and Catanese remake of Spielberg’s “Duel”, took part in several national festivals, while in 2017 the short film “The Runner”, shot entirely in the first place, won the prize for best short of 70 seconds to the tenth “Festival del Piccolo Grande Cinema”, in the “Tempo Limite” competition. Currently his work “Where there is too much light”, noir short film, is being distributed and has already won several international awards. The last work is the short “I catch you (nightmare in search of an author)”, based on the homonymous novel by Gianluca Vittorio (published in 2014 by Morellini Editore, in the book “Milano d’autore”), which is also the final diploma essay at the Experimental Center of Cinematography and is in distribution with Premiere Film.

My Vision
Be the vision that you have in front of you.
My Website

I Catch you (nightmare in search of an author)

G., a mysterious guy, tails Mr.T, a business man, troughout Milan. Why does he do it? Will be able to catch him?