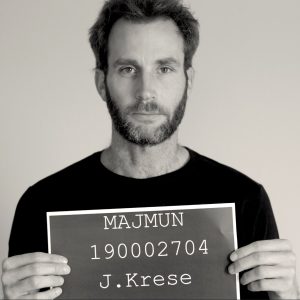 Jakob KRESE grew up between former Yugoslavia and Germany. He studied Cinematography and Directing in Berlin, Havana and Sarajevo. Jakob has worked as director, producer and cinematographer of creative documentaries. His films have been shown at competition programs of numerous festivals, like IFFR Rotterdam, Visions du Réel, Palm Springs, Guanajuato, Busan and DOK-Leipzig. In 2019, he co-founded the independent production company Majmun Films based in Berlin.

Life between waiting and arriving. A mother is trying to find a place for herself and her kids in a new world which is everything but welcoming.

To Examine One’s Self