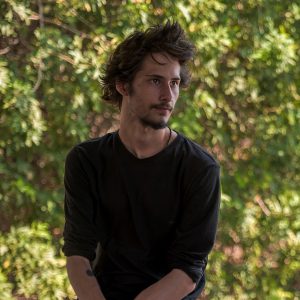 A cardboard box waits in the middle of a bedroom. Shay is sitting on the couch, ignoring the loud Skype beeping from his laptop. He’s got a few hours left to decide what to do with what’s inside the box, and where to bury his guilt.