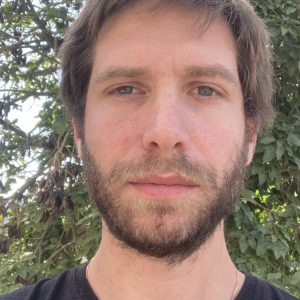 Amos Holzman (b. 1985, Jerusalem) is a director, Screenwriter, and Producer living and working in Tel Aviv. Gained his B.A in cinema at Sapir Audio and Visual Arts School (2010).

Director and Screenwriter of Milah, a narrative feature film currently in pre-production, received development grant from the Israeli Film Fund.

Screenwriter of There Is Some You In Me, received development grant from Cinema South Festival, participated in Produire Au Sud 2015.

Between forest and city, two ambiguous lovers' journey to preserve their togetherness.