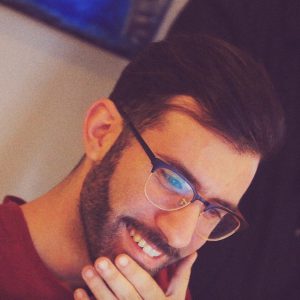 Jordan Sultana was born in Israel in 1992.  Jordan is a Netanya based filmmaker.

He is a filmmaker leading and participating in creative projects as a Director, Editor, Cinematographer, and Producer. His main passion and focus are writing and directing.

Graduate of the Film Department (BA and Teaching Certificate) “Hamidrasha” School of Arts – Beit Berl Academic College, During his studies,

His first short film “Last Game” was screened in film festivals around the world.

His second short film “Arlecchino” is currently starting the festival run, with winning the “Audience Award” in Sunday Shorts Film Festival in Lisbon. His third short film “Family Portrait” was selected for the student competition at the Docaviv International Documentary Film Festival 2020.

These days Jordan is developing the script for his graduation film and aims to create Feature-Length films and quality series in the future.

Ron's life, a young man from the periphery, is being pushed into a corner, He must wear a mask for one night to help him continue to survive in the world.