Kennedy Kao’s short film, “Danica’s Mom”, is a gentle and inspiring drama following A mother of two going through her daily weekday routine: waiting for her daughter to call her back.

The film was spotlighted at the 2020 Festival du nouveau cinéma (FNC) at Montreal, and has since gained a lot more industry attention.

Between his festival appearances, we managed to speak with emerging filmmaker Kennedy Kao about the ideas behind his film, his unique perspective on identity and his work at the University of Toronto.

➣ Tell us a little bit about your way as an upcoming filmmaker.

➤ I am a 22 year old filmmaker from Toronto. I make films that usually involve Asian characters, and on a larger scale, focus on Asian-Canadian identity. I’m currently working on a documentary on Filipino food/culture and am in pre-production for a narrative short that will be shot later in 2021. 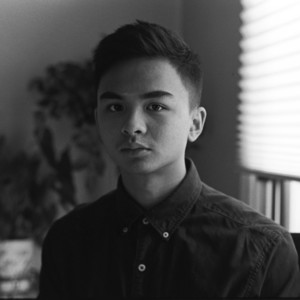 ➤ “Danica’s Mom” started from wanting to make a film about a different generation, because up to that point I had only been making films about people around my age. So, I thought about my Mom as a potential subject and thought about a conflict that could also structure a film for her. That conflict was having one of her children not come home from school, and also not returning her calls.

I wanted to highlight something that is distinctive to Filipino mothers, which is their love for their children (my Mom is Filipino and so is the main character of the film). That is not to say that Filipino mothers are the only mothers who love their children, but it is something I would say Filipino women are distinctively known for, to the point where they can be overprotective or even coddling. If you look at the main careers Filipino women are usually involved with (caregivers, nurses, PSW’s, nannies), you can see how this motherly instinct extends to their employment situations. I think one of the questions the film asks is: should Danica’s Mom have called the police, or should she have just trusted that her daughter would call her back? It’s a question that makes you think about your relationship with your parents, and/or your relationship with your children.

➤ A filmmaker that I admire a lot is Kelly Reichardt, and how succinct and neatly organized her films feel. It is as if there is no wasted movement, wasted shot or a wasted cut in her films. I also like the characters she’s interested in, how they usually exist outside the margins and are seeking for change or stability that on the surface seems slight but feels very significant to the characters.

➣ How do you hope T-Port can help you reach your professional goals?

➤ I hope that T-Port can help promote my work to industry level people, which is a level of people that most filmmakers starting out can have trouble reaching. Sometimes the industry as a whole can feel confusing or overwhelming which can limit the potential for a beginner filmmaker to be seen. T-Port is a great platform that simplifies getting exposure.

➤ Just continuing making films, and hoping they get more compelling and meaningful as I go.