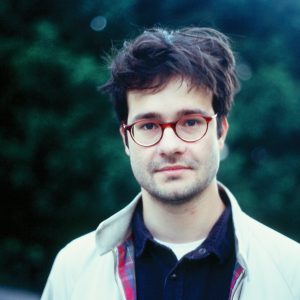 DANIEL ASADI FAEZI was born in 1993 in Germany. He spent one year in Kolkata working for an NGO and afterwards lived in Tehran to attend a language school. Since 2013 he has been studying Documentary Directing at the University of Television and Film Munich (HFF) and at the National College of Arts Lahore in Pakistan. He directed several short films which have screened at many film festivals, including Locarno, Nyon, Tampere and Mumbai. He also produces films and is a scholarship holder at the Heinrich-Böll-Foundation and a DAAD Alumni.

WHERE WE USED TO SWIM

Lake Urmia in Northern Iran was once the largest lake in the Middle East. But human influence brought upon a devastating drought. This cinematic essay observes the places of present and past and weaves a narration of identity and memory.

Portrait Of My Family In My 13th Year