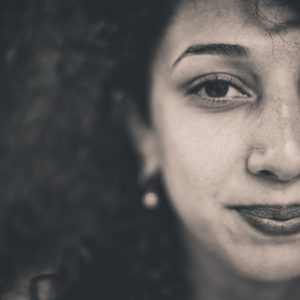 Shaylee Atary is a graduate of the Nissan Nativ Tel Aviv Acting Studio and Ruth Dytches Acting for Camera school. In her film NEURIM she acts as the main character alongside with Igal Brener and Rita Shukroon Tsarfati. Shaylee was born in 1989 in Rishon Lezion, Israel. As a youngster, she joined the local youth band, then served as a singer in a military band, and studied in Rimon music school. In 2015 Shaylee released a debut album – “Be’emet Sheratziti” with songs like “Etzlenu Ba Gan” (In our kindergarden). The album was produced by the musician Shmulik Noifeld and with the support of Helicon Music. In parallel, Shaylee has acted in Television series like “Zaguri Empire” and “Johnny and the Knights of Galilee”.

In 2016 Shaylee went through a severe car accident followed by a long rehabilitation as a wheelchair user. In that recovery period, she was exposed to the world of cinema that combines both of her loves: acting and music.

Today Shaylee Atary is a third year student at the Steve Tisch School of Film & Television, Tel Aviv University. In 2020 she got an honorable mention from “David Perlov Film Fund״ competition on her suggestion for a film “I SEE YOU IN MY DREAMS”.

NEURIM is Shaylee Atary’s second year film as part of her studies. Shaylee was mentored by a leading director and scriptwriter Maya Dreifus, her teacher. NEURIM was selected for the “Cinéfondation” FESTIAL DE CANNES 2020, as part of the “official selection” of the festival. In addition, the film will participate at this year Tel Aviv International Student Film Festival, as part of the international competition, and it is nominated for Ofir competition of the The Israeli Academy of Film & Television.

Shaylee specializes in video editing and gradually paves her way as a filmmaker in the world of Cinema. NEURIM is Shaylee Atary’s first film.

A strange awkward relationship develops between Orr, a 30 year old wheelchair user after an injury, and her new physiotherapist that brings new breezes of desire to her daily routine rehabilitation at her mother’s house.