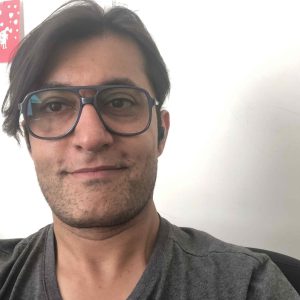 Karan is a Montréal, Canada based screenwriter and filmmaker. Born in Shimla, India he immigrated to Canada in 2006. His first film ‘Faceless’ (2012) looked at the supremacy of the white majority in the LGBTQI+ communities in North America. His short films have been presented at film festivals worldwide. His work focuses on bringing to the fore untold stories of othered peoples and communities, and as a gay person of South Asian origin, he looks to specifically bring South Asian stories to an international audience. He is currently working on his first feature film ‘Zoya iman Ayaz’ and his latest short film ‘Mum Singh’, which received funding from the Canadian and Québec Arts councils, will be making its way to the film festival circuit at the end of 2021.

Karan has served on various film festival juries including the Percéides International Film and Arts Festival, the Yorkton Film Festival and the South Asian Film Festival of Montréal. He also currently serves a three-year term on the Cinema and Video jury of the Montréal Arts Council.

DOWNLOAD PRESSKIT
My Vision
Sharing life stories that express the tenacity and the fragility of the human condition.

Mum Singh is the story of a family that is confronted with the daunting choice of supporting a parent as part of the household or move them to an old folks home. A story about love, family and change.