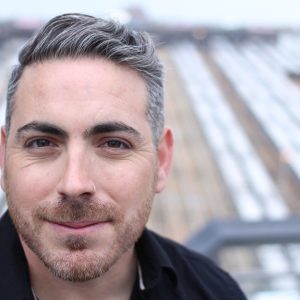 I graduated from Tel-Aviv University in 2016 as a film major. During my studies, I created a number of short films, which I wrote and directed, and took part in numerous productions of narrative films as a set manager.

As a freelancer, I managed many productions and sets as an Assistant Director, including short films, an Israeli drama series, a feature-length film, a commercial, and more. In 2015, I started working at the Israeli cable network ONE Sports Portal as a videoswitcher and a Technical Director, in addition to other roles on the channel’s broadcast van.

I moved to New York City in 2016, and have been continuing to pursue my passion for film and television production ever since, both independently and professionally.
In 2018 I became a member of FILMSHOP. I am working there on projects that are under development and that will be filmed in New York in 2019.

Yariv is helping his son Dekel move into his boyfriend’s apartment on a quiet weekend afternoon, but when he has to go into the basement to help with a plumbing emergency, he notices some strange things going on.

You and Me and the Country

The Verdict in the Case of K.