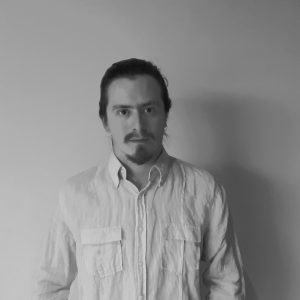 Raimundo was born in Chile, on January 26, 1996. Since he was a child, he enjoyed watching movies as entertainment. Over the years, he discovered a fascination with the world of theater; however, he began to study law for a year. During that year, he developed a great passion for cinema and started to write in an amateur way. In 2018 he decided to get into the film school of Universidad del Desarrollo. He has developed different roles as director, sound, cinematography, and production, being “From the Affections and Memory” his opportunity as a director.

From the Affection and Memory

Freddy, a man with Diogenes' disease has created a chaotic and hermetic world, which will be shaken after his daughter, Camila, visits him after five years without seeing each other.